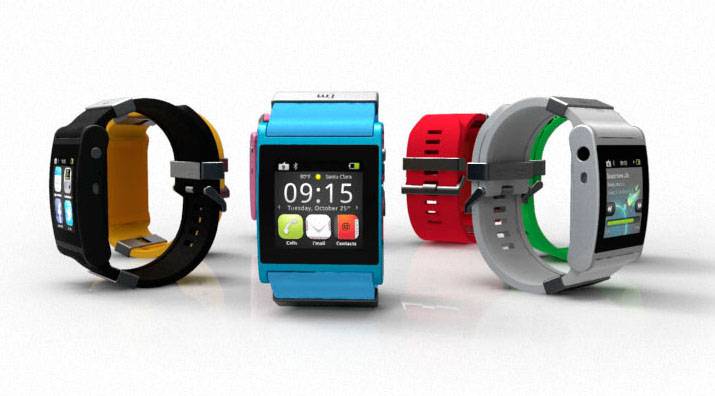 Ever since Dick Tracy started talking into his wrist, sci-fi aficionados have craved the watch-phone hybrid. And every few years, some company comes along to make on without really considering whether or not it’s a good idea. The latest is the i’m Watch [sic], and if buzzwords could be translated into direct sales, not even Apple would be able to stand against it.

The i’m Watch is a lot like an updated version of the old Fossil Palm watches: a full touchscreen Android device crammed down into the size of a large digital watch. Its 1.54-inch, 240 x 240 display uses a custom interface and apps to manage your calls and contacts, and the 450 mAh battery is rated for a single day of use, or five hours of constant use. Naturally the watch doesn’t conform to Google’s idea of an Android smartphone, so it’s using its own app store for software support. And here’s the kicker: the i’m Watch isn’t a really a phone. There’s no built-in voice or data connection – it needs to tether to an Android, Blackberry, iPhone or what have you via Bluetooth in order to do access anything that’s not already on its 4Gb of storage.

Check out the video below, and see how many buzzwords you can catch in four and a half minutes:

The Italian startup will begin selling the i’m Watch in January, starting at $300. And again, that doesn’t include any real connectivity – it won’t replace your current smartphone, because you have to have some method of connecting to the Internet to access calls and texts. Normally we try to shy away from declarative judgements for unreleased products, but my money’s going towards something a little cheaper and more substantial, like, say, the Sony Ericsson LiveView or the MotoACTV. Dick Tracy would be ashamed.