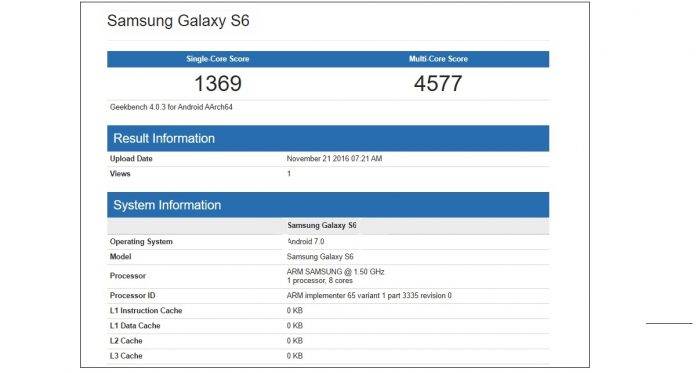 A recent benchmark listing has confirmed it. Actually, it’s not only one source but from two benchmarks tests. Both Geekbench and GFXBench have information about the Android 7.0 Nougat for the Samsung Galaxy S6 series but details are scarce for now.

Looking at the Geekbench document, we can confirm the Galaxy S6 will run Android 7.0 Nougat out of the box and use a 1.5GHz ARM processor.

It was only last week when we heard of the good news that the Galaxy S6 and S6 edge will be served the with the Nougat. The Galaxy S6/S6 edge build should bring several new improvements like finger reader gestures, multi-window support, night light, and VR mode that is best enjoyed on the Gear VR headset.

Below is a list of specs of the Samsung Galaxy S6 (SM-G20X) from GFXBench: 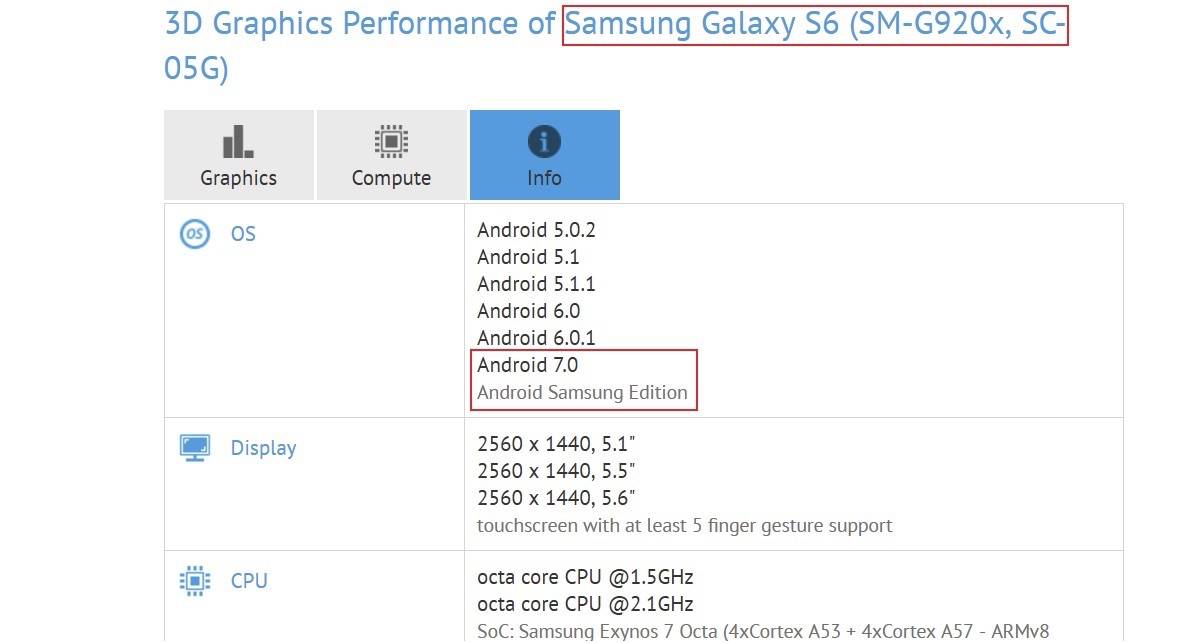 Note that this Android 7.0-powered Samsung Galaxy S6 is the Exynos variant. Nothing has changed. The specs are still the same but now we’re certain Android 7.0 Nougat for the Galaxy S6 is almost ready.