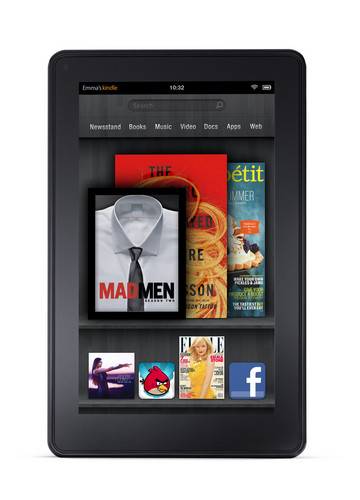 Amazon’s next-generation Kindle tablet is lighting up the sales charts. After the Kindle Fire shot to the top of Amazon’s internal sales, Fox News is reporting that the retailer has pre-sold a whopping 95,000 units – and that was just the first day of pre-orders. We’re still more than a month away from the November release date, and notably, zero consumers have a had a chance to try out the tablet at retail.

Though Amazon usually doesn’t release sales figures for its own devices, an analysis firm called eDataSource estimates the figure based on email, Facebook and Twitter activity.
Amazon’s extremely aggressive $199 pricing certainly has something to do with the Kindle Fire’s popularity, even if it does cost $209 to make. The Fire is the company’s loss-leader, encouraging users to buy books, movies, TV shows, music, periodicals and apps all within Amazon’s cloud universe.

The 7-inch wifi tablet runs an extremely modified version of Android, which around here we’ve taken to calling BezOS after Amazon’s CEO. While the hardware inside is a bare-bones version of the same OEM model used for the Blackberry Playbook, the combination of accessible media and a rock-bottom price has plenty of consumers interested. Don’t discount that the vibrant Android community will likely get some fully-enabled ROMs onto the Kindle Fire shortly, just as they have with the even less-expensive HP Touchpad.