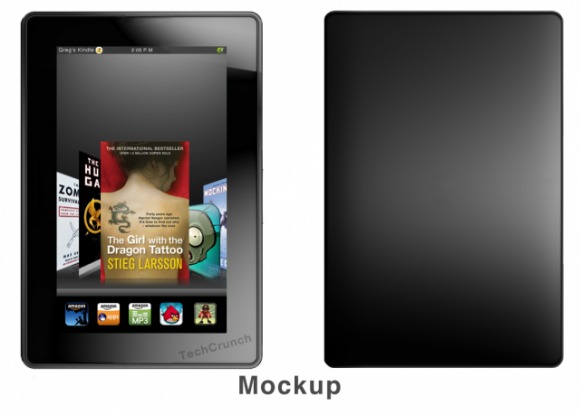 We told you all yesterday that we would be on hand at the Amazon event where they are announcing the Fire tablet. Vince is there right now at the live event and we will be updating as the event unfolds. However, the tablet has already leaked over on Bloomberg. It will pack in a 7-inch screen and sell for $199. That is a very nice price for a tablet assuming it performs decently.

The Fire will run on the Android operating system and is a more powerful version of the Kindle that has only a black and white screen. Exactly what version of Android the fire will run is not yet known, but we expect it to be using Android 2.3 as the OS. The tablet cuts corners on hardware to get to the $199 price. It has WiFi, but no 3G. It comes with a 30-day Amazon Prime trial as well. It also uses a custom UI over the top of Android. There is no camera or microphone either.

We still don’t have the full hardware specs of the Fire tablet yet. However, the expectation is that Amazon is one of the only tablet players with a chance to touch the iPad. The massively lower price tag of the Fire will certainly make it appealing to budget shoppers. Stay tuned for more.