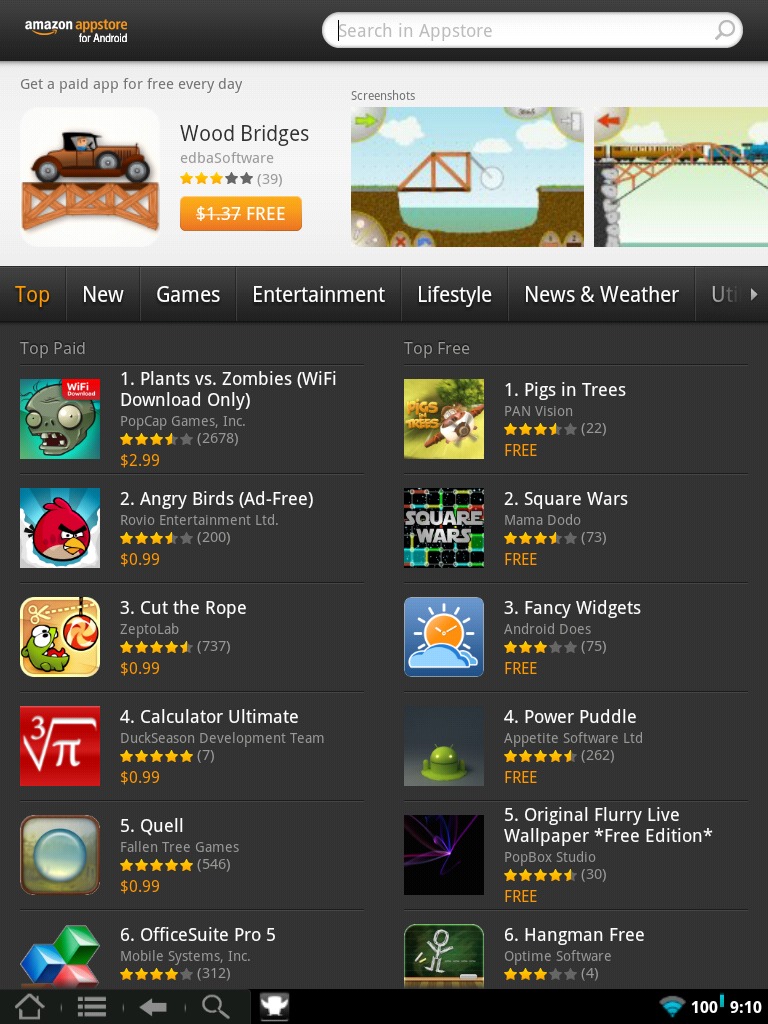 With the upcoming November 15th launch of the Amazon Kindle Fire, Amazon wants you to know that it’s got apps. Lots of apps. In addition to announcing major partnerships with Netflix and a myriad of app developers, Amazon has updated the generic Appstore program, giving the user interface some spit and polish before the Fire’s release later this month. You can download the new version now.

The new version of the Appstore brings a muted grey look to the interface, matching most of the screenshots we’ve seen of the Kindle Fire‘s heavily customized software. Unfortunately the new UI didn’t bring Netflix with it – it looks like a few goodies will be reserved for Fire users. Other than a slick look, the app doesn’t seem to have any major functionality upgrades, though it’s scaling a lot better on Gingerbread tablets.

With just a few days left until the Kindle Fire moves from digital desire to real-world e-reader, Amazon is looking to push its impressive app portfolio as much as it possibly can. The Amazon Appstore, combined with a wide library of streaming movies and TV shows, is the Fire’s biggest differentiator to distance itself from the Nook Color and upcoming Nook Tablet. The subsidized Kindle Fire will also function as a hardware storefront for Amazon, which is hoping to recoup its losses with digital and retail sales on the heavily customized Android tablet.