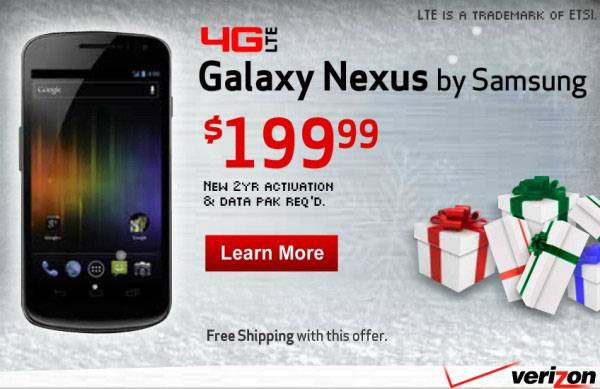 If you have been waiting to get your hands on the Samsung Galaxy Nexus LTE in the US on contract with Verizon you have probably been waiting to know how much the phone will cost. The price of the smartphone on a new 2-year contract and with a data plan has now been tipped via an ad spied running online.

According to the ad, the smartphone will sell for $199.99 on contract. That is cheaper than some might have expected since it’s not uncommon for some Android devices to sell for more than that traditional $199.99 price tag. The ad doesn’t confirm the official launch date of the smartphone. That launch is expected to happen next month.

If you want to know more about the Galaxy Nexus, SlashGear reviewed the smartphone not long ago. The phone was offered unlocked in the UK already and had an issue with volume. The fix for that issue has been confirmed and when it launches here it should be fixed.