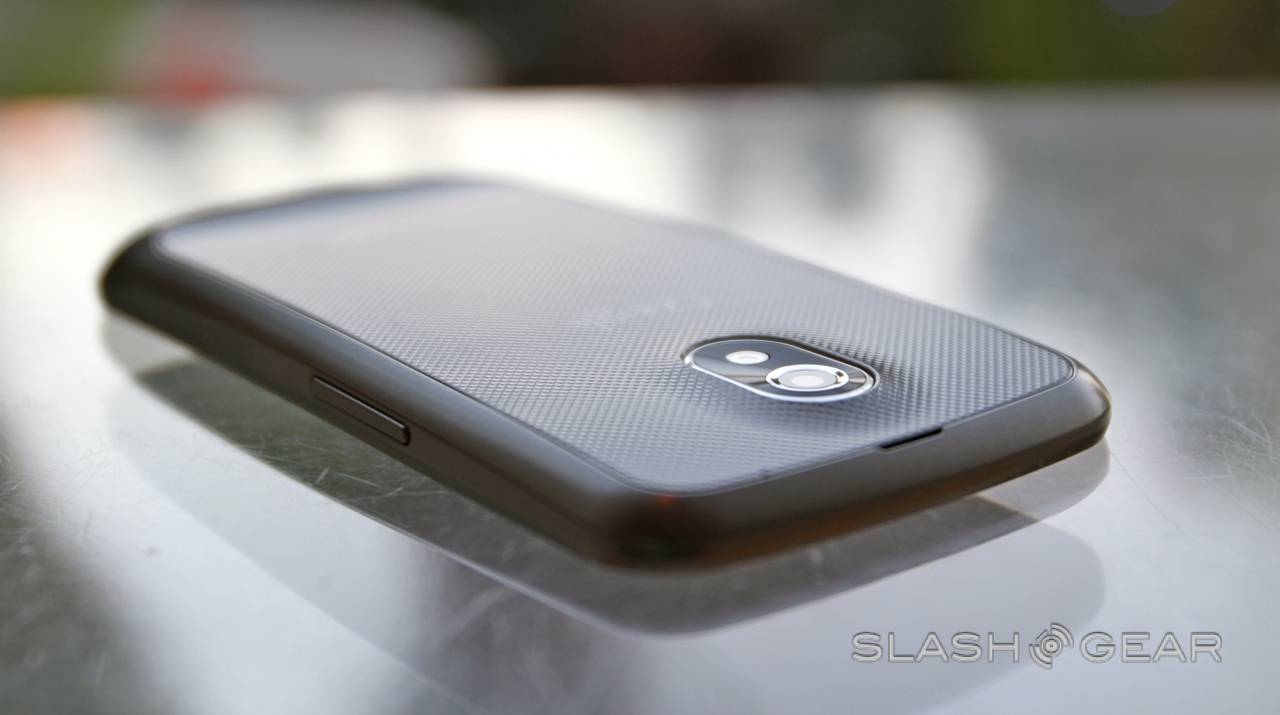 Here in the U.S. Galaxy Nexus units are hard to come by, but SlashGear got their lucky hands on one sure enough. They’ve put up an exhaustive review of both the Galaxy Nexus hardware and the brand-spankin’ new Ice Cream Sandwich. We’d heartily suggest heading over there for the full review, but if you’re more the Cliff Notes type, a quick summary of their findings is below.

First of all, the hardware lives up to Samsung’s high-end standards. That is to say that the phone is sturdy without feeling especially expensive, but it’s also much lighter than you’d imagine for a phone this large. And it is large: the 4.65-ich, Super AMOLED display is one of the biggest available for Android, and thanks to an amazing 1280 x 720 resolution, it doesn’t disappoint. Note that this is the same resolution as the HTC Rezound, but the Super AMOLED panel makes it even more enjoyable to use.Despite some community outcry, the PenTile display wasn’t a problem – there’s simply so many pixels shoved into a relatively small area that it isn’t noticeable.

The phone’s curved design is a holdover from the Nexus S. While it’s certainly eye-catching, it doesn’t really affect usage one way or the other. The Galaxy Nexus keeps the bottom bulge common to the family, but the phone itself is so slim that it’s barely noticeable. Samsung has kept its standard power button on the right and volume rocker on the left configuration, with three electrical contacts (for docks) also resting on the right side. Charge and audio ports line up on the bottom. 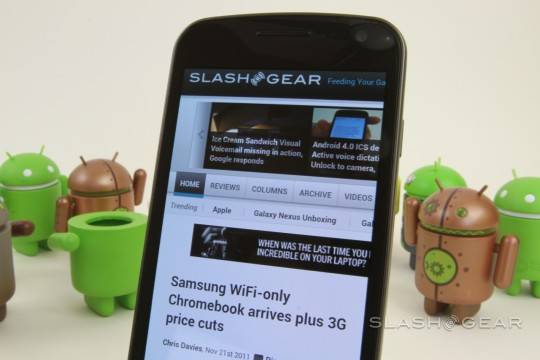 Inside you’ll find a fast, if not screaming, 1.2 GHz dual-core processor. It’s married to a full gigabyte of RAM and either 16GB or 32GB of on-board storage. The lack of a removable SD card is highlighted by the fact that the Galaxy Nexus doesn’t use a standard USB mass storage mode, instead opting for MTP mounting. This is slightly jarring, but in practice it doesn’t make a whole lot of difference.

The 5MP camera performs well, but doesn’t live up to Google’s lofty promises at the Hong Kong event. Performance just isn’t up to snuff with the latest Android superphones or the iPhone 4/4S. That said, the super-fast shutter is definitely welcome, and live video effects are a fun, if ultimately trivial, addition. 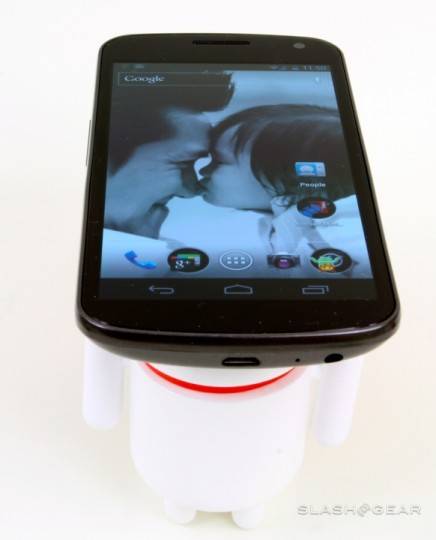 Call performance was above average, thanks to the multiple-microphone system first shown on the good old Nexus One. Unfortunately the battery was rather typical of top-tier Android phones, which is to say that it lingers at just around a full day’s worth of charge on average use. The 1750mAh battery lasted for more than 15 hours on light use, but constantly playing with the device (as the reviewer admits to – and who can blame him) brought it down to the 8-10 hour region. Remember that Google’s review units are the international HSPA+ version, not the Verizon LTE version, which will have an extra 100mAh of juice.

Android 4.0 Ice Cream Sandwich, which we’ll cover later, makes the Galaxy Nexus the best Android phone on the market. Even after more manufacturers start releasing ICS hardware, the Galaxy Nexus will remain a competitor, albeit not in the camera or battery departments. But between Samsung’s typically excellent quality, an absolutely gorgeous display and the promise of fast and easy software updates directly from Google, it’s definitely leading the pack for the moment. Now if only we could get a freakin’ bone from Verizon here in the U.S.