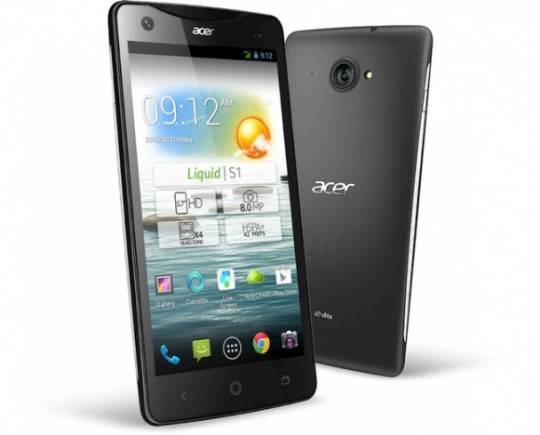 It has only been about 3 months since the folks at Acer unveiled their Liquid S1 5.7-inch phablet, and now we’re already seeing details and signs that the second-gen S2 is coming soon. The Liquid S2 was outed in a leaked roadmap earlier this month, but today we’re getting even more details about this flagship smartphone.

If the leaked roadmap details along with today’s finding of a benchmark test end up accurate, Acer could be preparing a pretty impressive 6.0-inch smartphone (or phablet) for later this year. As the leak goes, the Liquid S2 will sport a 6-inch 1920 x 1080p full HD IPS display, and of course be running Android. Previously we had suggestions on the processor, but the benchmark below confirms the details.

This 6-inch phablet is rocking Qualcomm’s 2.3 GHz quad-core Snapdragon 800 processor along with 2GB of RAM, and previous reports suggested 16GB of internal storage, a 13 megapixel camera, and even NFC. Interestingly, the tests show Android 4.2.2 Jelly Bean, but the leaked roadmap had this device listed as “K OS” hinting at Key Lime Pie, while all their other devices in that slide ran Jelly Bean.

So while all we really have new today is a benchmark result confirming the 1080p display, quad-core Snapdragon 800, and 4.2.2 on board, the rumors still have this device coming out a little bit different. We’ll likely never see it arrive in the US, but something like this surely will have its place vs the Galaxy Note III, HTC One Max, and even Sony’s upcoming Homani smartphone.

Acer makes some pretty great laptops and tablets, and this smartphone shows they’re ready to step up their game in mobile too. We’re expecting to see the Liquid S2 at IFA in Berlin next week, so stay tuned for more details.