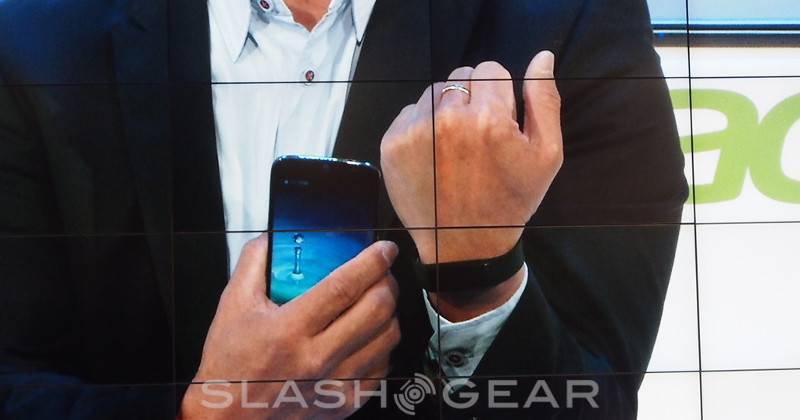 Maybe we will finally get to really see and feel what Acer has been putting on hold for the wearable market. Its Liquid Jade “stylephone” and Liquid Leap smartband has been annouced to launch in Europe next month, but not before they stop by IFA 2014 in Berlin for everyone to see just what the company has to offer.

These two Liquid devices aren’t exactly new. First confirmed in April and then formally announced at Computex in June, the devices, or at least one of them, represents the OEM’s first foray into the wearable market. Though the gap in time between then and now might look like Acer has been dilly-dallying a bit. That said, it hasn’t exactly revealed everything about these devices, leaving an air of mystery around it, and the possibility of not looking like yesterday’s news.

The Liquid Jade is a smartphone that is being billed as something stylish, an “artwork in your pocket”. Not much technical detail is known beyond its 5-inch HD (yes, not Full HD) Gorilla Glass 3 toting screen. Instead, Acer wants people to focus on the smartphone’s design, particularly its 7.5 mm thickness and 110 g weight. Acer is also trying to sell its particularly curved shape (not the screen), UV high gloss rear, and other cosmetic touches that would try to mask the phone’s probably mid-range specs.

More interesting perhaps is the Liquid Leap, its first smart band accessory. It isn’t exactly a smartwatch and more like Samsung’s Gear Fit, but the functionality is almost all there. The 1-inch touchscreen is embedded in a 17 mm hypoallergenic band that comes in color options of Moonstone White, Mineral Black, Aquamarine Green, Fragrant Pink, and Vivid Orange. Aside from the usual fitness-related functionality, the band is also capable of controlling your smartphone’s media playback, get notifications for calls and messages, and get reminders for calendar appointments.

The Acer Liquid Jade “stylephone” and Liquid Leap wearable will be available in Europe starting September 7. The company, however, will be hosting a press event on September 3 right before IFA 2014 starts for a more formal launch of these new smart devices.