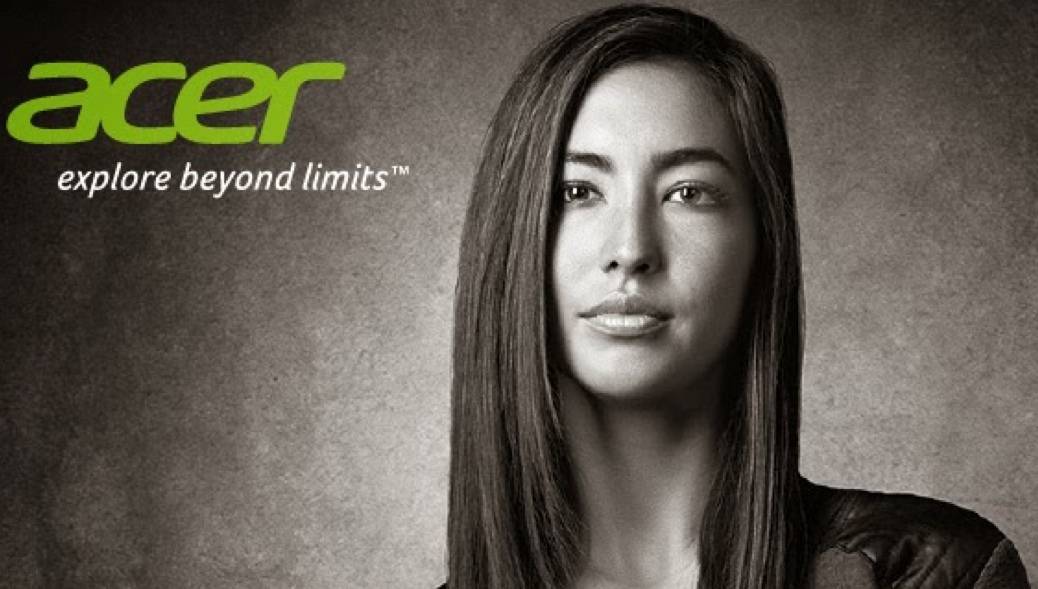 Acer has begun sending invitations to an event in New York on April 29. Just what’s being rolled out isn’t noted, but the announcement says “Please join us for a (their logo) touch more connected”. From there, it seems as though we’ll be getting a myriad of devices, perhaps even wearables.

The invitation does say Acer is rolling out new products, but doesn’t even hint at what they could be. We’d think that with the event title all will be touch capable. From their recent line of Chromebooks, down to the handhelds we saw at MWC this year, touch seems to be something Acer is comfortable with — and pretty good at.

With wearables, we’ve already noted Acer has committed to entering the sector this year, with previous reports putting their entry in the second half of 2014. An April announcement would likely serve as a precursor for a late Fall rollout, but does it fit the “touch” theme? A source previously put Acer as entering the wearable market with something alternative to a wrist wearable or headwear. A necklace was mentioned, but any or all could come with some touch capacity. It could be Acer’s foray into Android Wear.

Come late April, we’ll find out for sure. We are subtly looking for a new product here, seeing as how both the Acer logo and “touch” are in green on the invitation. Acer always has really nice products, and they often have the added benefit of being competitively priced. 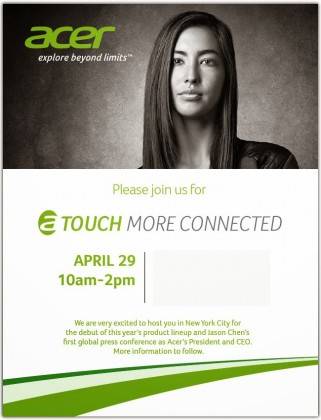