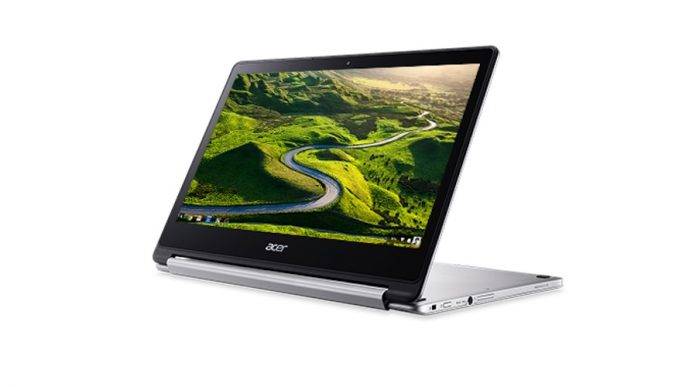 Almost two years ago, Acer released the NVIDIA Tegra K1-powered Chromebook 13 with 13 hours of uptime. It’s the first Chrome OS notebook by Acer which was followed by not just one but two models a few months ago. The Chromebook 14 and Chromebook 11 were listed on the Google Store last June and now, we have another 13-inch Chromebook from the Taiwanese company. Meet the Acer Chromebook R 13 which is now available for pre-order.

If you may remember, the R 13 was launched at the IFA in Berlin as a convertible 13.3-inch Chromebook. The device is said to be the first Chromebook to use the MediaTek MT8173 ARM Cortex chipset. It’s one of more impressive offerings shown off at the tech event because of its 4GB RAM and 12-hour battery life. The Chromebook has a large 13.3-inch Full HD IPS Touch Display with 1920 x 1080 resolution, 16/32/64GB onboard storage, one HDMI port, and a pair of USB-C ports.

Acer hasn’t made an official announcement yet but some online retailers have begun listing the Chromebook R 13 like PCConnection, B&H Photo, and Provantage. We noted before the $399 starting price which is for the entry-level variant but the 64GB model is now listed with a $429 price tag on B&H. That’s really not bad for a Chromebook. Sure, there may be cheaper ones but this is a convertible laptop-notebook. We also know this one will be able to support Google Play Store which means it can run Android apps in the near future.