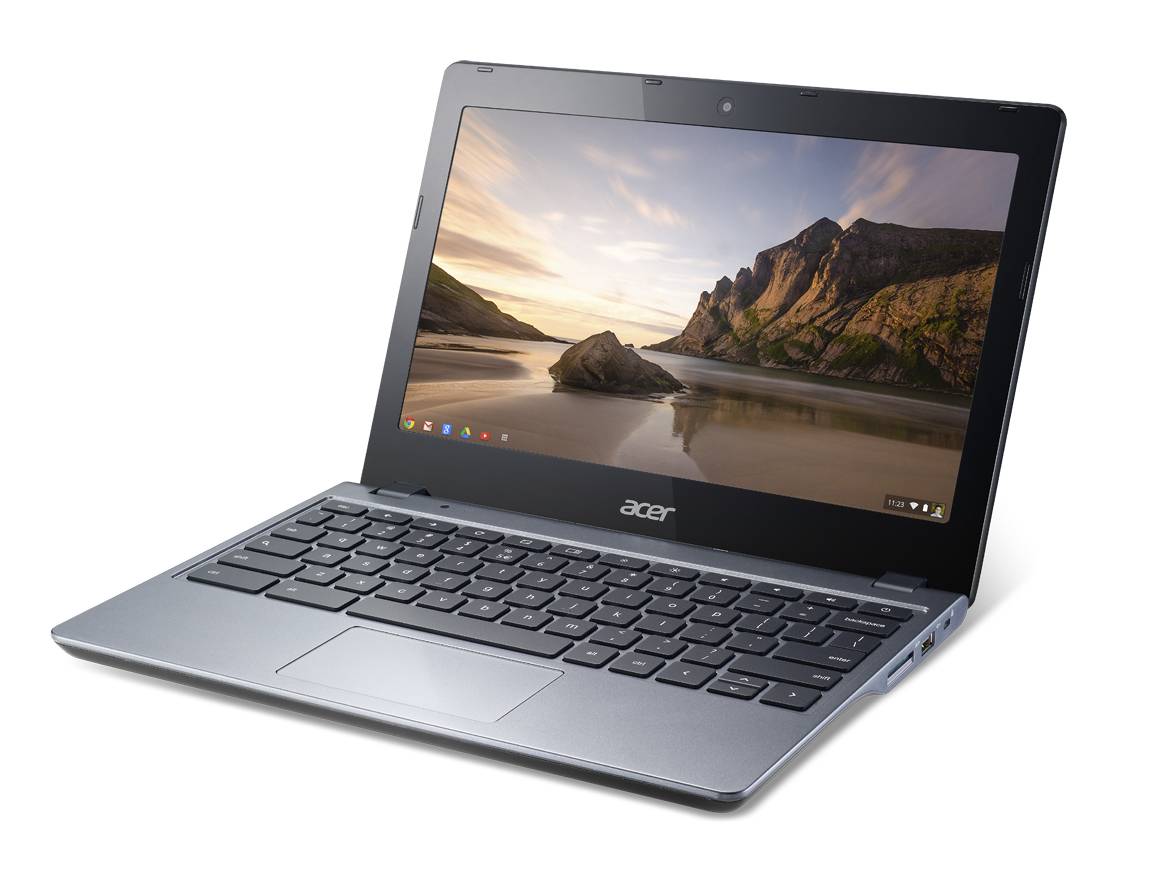 Acer has officially announced the C720 Chromebook, and as we had been expecting to happen, this one has arrived with Haswell. In this case, the processor will be an Intel Celeron 2955U processor based on the Intel Haswell micro-architecture. The processor will be paired with 4GB of RAM and the notebook will sport an 11.6-inch display with a resolution of 1366 x 768.

Further details on the display point to it being a ‘ComfyView HD’ with a matte finish, which should help to cut down on some of the glare. Users can also expect 16GB of SSD storage as well as a full 100GB of Google Drive storage. Though, the Drive storage is part of a purchase promotion and is only free for the first two years.

Other specs for the Acer C720 include up to 8.5 hours of battery life (though, as always, we suspect real world usage will vary) as well as WiFi 802.11 a/b/g/n, an SD card reader, USB 3.0, USB 2.0, HDMI and a full-sized keyboard. Acer has this Chromebook equipped with a webcam for video chats, built-in microphone and a dual-speaker design.

In terms of the notebook itself, this one measures in at 0.75-inches thick and weighs in at less than 3 pounds — specifically, at 2.76 pounds. Those considering a purchase will be able to pick this one up from a variety of retailers including Amazon and Best Buy. Similar to the HP Chromebook 11, we would also expect to see this one available in the Play Store.

The price will be $249.99 and the specific model will be the C720-2800. Aside from this one, Acer has said additional configurations will be available in the coming weeks.