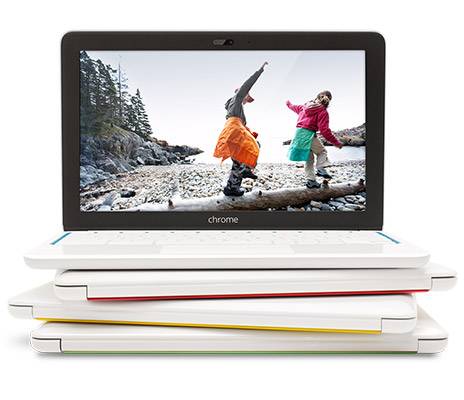 Following up on the earlier leak, it looks like HP has officially announced the Chromebook 11. This one is touted as being “made with Google” and “for everyone.” Perhaps key here, as the name would imply, the Chromebook 11 is sporting an 11-inch display. Specifically, an 11.6-inch display with a 16:9 aspect ratio and resolution of 1366 x 768.

Other details in terms of the display include a 176 degree viewing angle, 60 percent color gamut and 300 nit screen. Those considering the HP Chromebook 11 can also expect an Exynos 5250 GAIA application processor, with 2GB of RAM and 16GB of SSD storage. There is also 100GB of Google Drive storage included. The Drive storage is free for two-years.

Aside from the Drive storage, Google is also including a few other bonus items with purchase. Users will also get 12 free GoGo Inflight Internet sessions and a 60-day trial for Google Play Music All Access. Rounding out the hardware is a VGA webcam, Chrome keyboard, touchpad, dual-band WiFi, Bluetooth 4.0, a pair of USB 2.0 ports and microUSB for charging. Yes, that means you can swap a single cable between your Android handset (or tablet) and Chromebook. 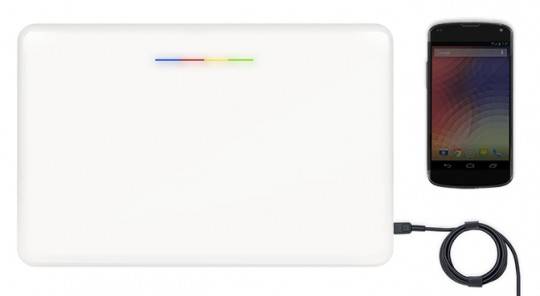 For now the HP Chromebook 11 is available with WiFi, however there is a Verizon LTE model that will be “coming soon.” The Chromebook 11 will weigh in at 2.3 pounds and has a magnesium chassis. Google also notes how the Chromebook 11 is fanless (read; silent) and has no visible screws, vents or speakers. Though, just to make this clear, the notebook does have what are referred to as being “digitally-tuned speakers.”

Next up is the color options and battery. HP has the Chromebook 11 available in black or white and each are available with a variety of four accent colors. As for the battery, HP and Google have the Chromebook 11 listed as being able to provide up to 6 hours of active use. Lastly, the price is $279.99.