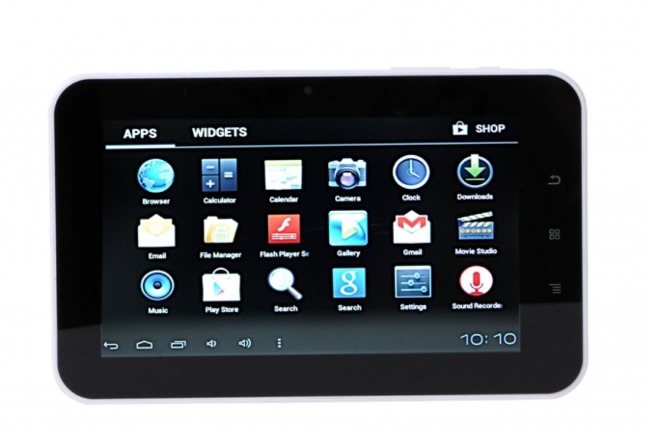 The Aakash 2 is currently being supplied to students at the India Institute of Technology in Bombay and has been for the past month and a half. DataWind CEO Suneet Singh Tuli plans to officially launch the device on October 5, the anniversary of the release of the original Aakash tablet. The company plans to manufacturer around 220 million units to distribute across India.

The Aakash 2 Tablet (formerly known as the Ubislate 7+) has a 7-Inch display, an ARM Cortex-A8 processor clocked at 1 GHz, 512MB of RAM, 4GB of internal storage, a front-facing camera, and Android 2.3 Gingerbread to top it all off. It also has a SIM slot for phone capabilities, as well as a microSD card slot to expand storage space.

The tablet is being supplied to students for free, and will cost around INR 2000 (approx. $35) at retail stores in India. Apparently, the company has already received an additional 5.5 million orders for the new tablet from general customers, and they also plan to give Ice Cream Sandwich updates to those who pre-ordered.