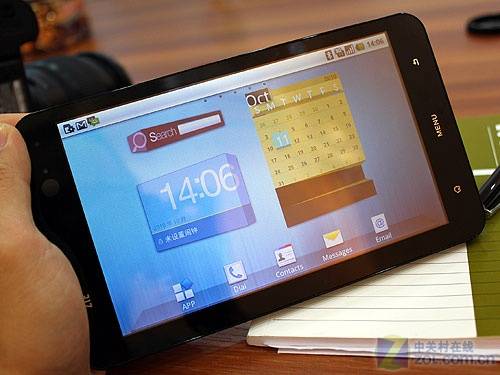 ZTE may not be the best known brand around, but as a sizeable OEM supplier they put a whole lot of mobile gadgets into peoples’ hands.  That’s why we don’t doubt the new ZTE V9 tablet will show up in more than a few places; the Android 2.1 slate has a 7-inch touchscreen, integrated 3G and WiFi.

On the back there’s a 3-megapixel camera, and another camera up-front for video calls.  ZTE aren’t saying exactly what specs the V9 will have when it launches, but they have made a few tweaks to the Android UI to suit the bigger display.  No word on release dates or pricing.