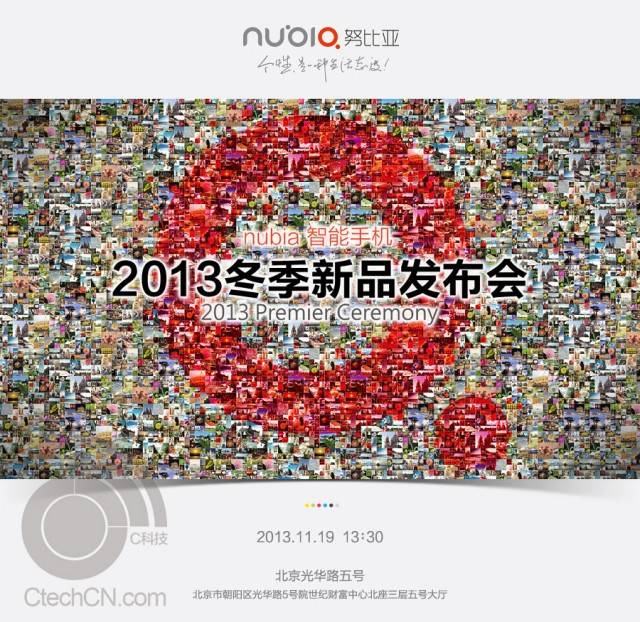 It seems that ZTE won’t be waiting for the end of the year to to finally take off the veils from its upcoming high-end smartphone as previously speculated. The Chinese company will, instead, be announcing the ZTE nubia 5S at a press event scheduled next week, on November 19 to be precise.

The successor to the company’s ZTE nubia 5 smartphone only entered our radars last week through a trio of leaked photos that claim to be the ZTE nubia 5S. It seems that the smartphone has been far into development and is ready to be unveiled. ZTE has sent out invitations to a 2013 Premier Ceremony on November 19 at Beijing to introduce the nubia 5S to the Chinese market.

Not much is known about this device, but the specs that have so far been leaked, while quite high-end, sound almost ordinary for today’s premium smartphones. The ZTE nubia 5S is expected to sport a Qualcomm Snapdragon 800, 2 GB of RAM, a 5-inch 1080p display, a 13 megapixel rear camera and 5 megapixel front-facing camera. The specific variant of the Qualcomm chip, the MSM8974AB, brings in support for both TDD and FDD LTE networks. It is still unknown whether the nubia 5S will have the same Sapphire lens like its nubia 5 predecessor.

ZTE is also expected to showcase the nubia 5S at CES early next year, just like it did with the nubia 5 and the Grand S. And while the ZTE nubia 5S boasts of some rather powerful specs, considering the now common hardware trend, it might need to pull off some tricks to make the smartphone more alluring in the smartphone market.