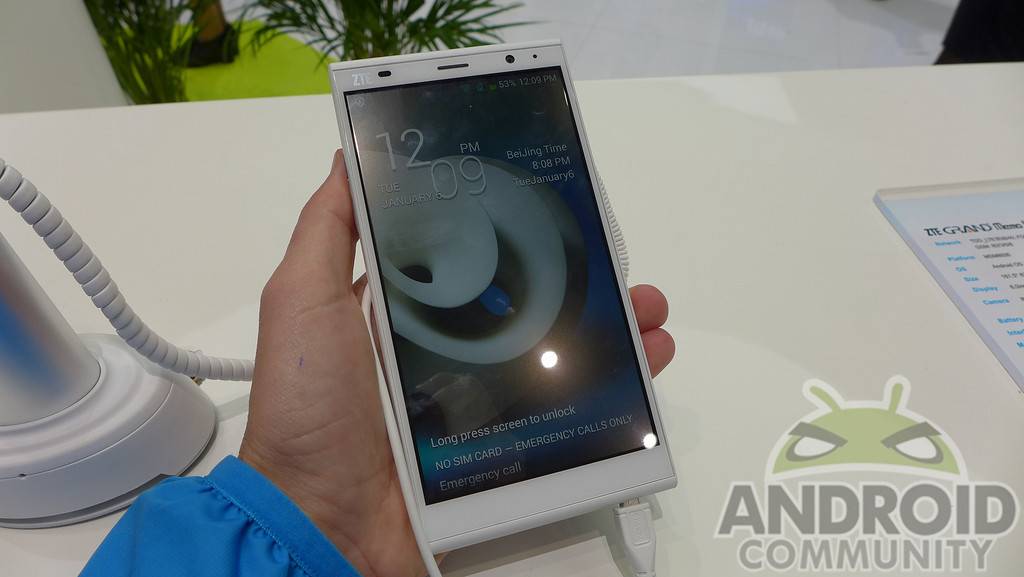 In this case the 6.0-inch display of the Grand Memo II LTE is 720p, the same as we saw with the original model. ZTE has the Grand Memo II LTE equipped with a Qualcomm Snapdragon 400 processor paired with 2GB of RAM and 16GB of internal storage space. Other goodies include a 3200 mAh battery, WiFi 802.11 a/b/g/n, Bluetooth 4.0, GPS, and as the name would suggest — LTE connectivity.

To that point, ZTE has this one measuring in at 6.36 x 3.27 x 0.2-inches. Lastly, this one is arriving with Android 4.4 Kit Kat and the latest version of the MiFavor user interface, which is touted as being able to enrich the user experience by “making the handset more natural for human use.” With that in mind, make sure to keep following along for more coverage coming from MWC 2014.