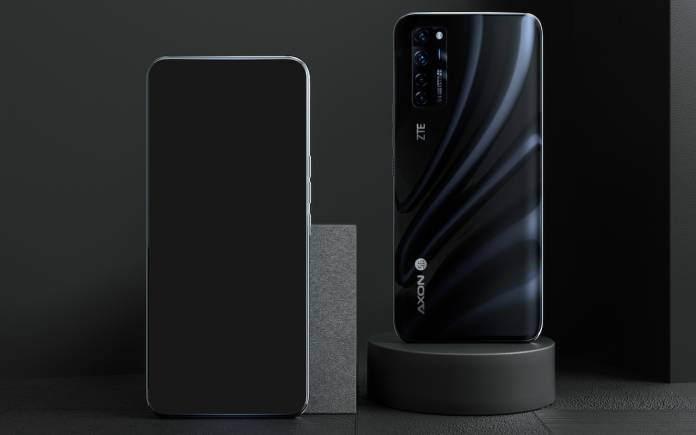 The ZTE Axon 20 5G phone is definitely coming soon. By September 1, we’ll get to see and confirm everything we know about it. The Android smartphone is the Chinese OEM’s next flagship offering coming after the ZTE Blade A3 Prime and the Nubia Red Magic 5G. The new ZTE Axon will already come with 5G support so we’ll add the model to our shortlist of 5G phones. It is expected to boast an under-screen selfie camera–a first in the Android community.

The technology is not really new but no OEM has made it commercial. ZTE will be the first ever ahead of other companies that we know have also been working on the tech like Xiaomi, OPPO, Huawei, and Samsung.

The ZTE A20 5G will run on an octa-core processor and a 4120mAh battery. It will come with either 128GB or 256GB built-in storage. The multiple rear camera system will deliver decent imaging performance.

The under-display selfie camera means a full bezel-less front screen can be achieved. An image render has surfaced on the web and it is believed to be an official one from ZTE. It will be announced as another affordable phone from ZTE but will be packed with almost premium specs and features.

The 5G connectivity makes it a worthy buy especially if you live in a country where 5G networks have started to operate. The phone has already reached TENAA which means it’s almost ready and the announcement is about to happen. It is listed with a 6.92-inch OLED screen and 2460 × 1080 pixels. This one will not come with any punch hole or notch nor a pop-up front-facing camera.

The ZTE Axon 20 5G allows follows the ZTE Axon 10 Pro 5G from the same Axon series introduced last year. This one is a bit late because the Axon 10 was announced in May 2019. But then it’s the pandemic season so delays and cancellations are understandable.