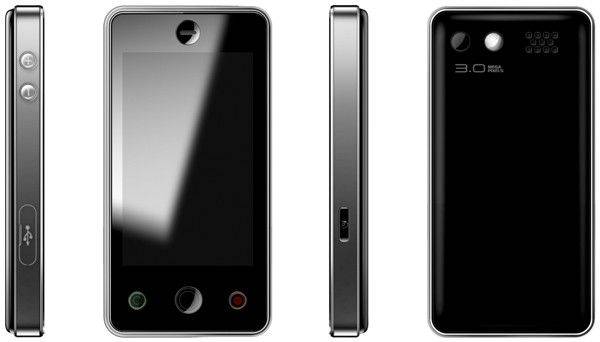 The company behind the General Mobile DSTL1 Android smartphone design, Yuhua, have followed up with a new reference design.  Yet to find a distributor, the Yuhua Xphone-SDK is a sleek full-touchscreen handset that is vaguely reminiscent of some of LG’s recent devices.

Unfortunately the good looks are, where it really matters, only skin-deep.  The Xphone-SDK is limited to EDGE data, which when you’re living in the cloud as Google envisage could lead to some significant slow-downs, and has a mere 128MB of RAM and 256MB of ROM.

Yuhua do promise a 3G version at some point in the future, and the 3-megapixel camera, WiFi and Bluetooth is certainly welcome, but we wouldn’t suggest you hold out much hope to see the Xphone-SDK on shelves any time in the near future.