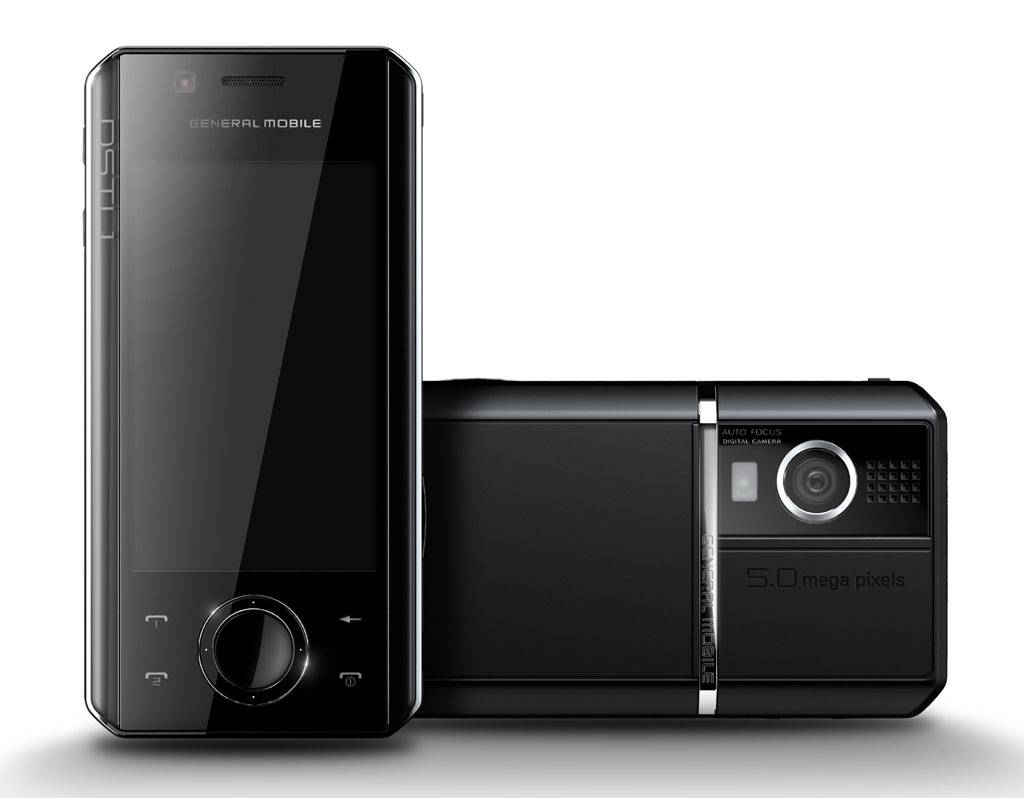 General Mobile have been flaunting renders of their DLST1, the handset they intend to be their first Android smartphone.  With a 3-inch touchscreen, 5-megapixel camera with autofocus and flash (made by Sharp) and WiFi b/g, the specs certainly look promising.  Still, there’s plenty of work to be done before General Mobile’s intended Q3 2009 launch.

For a start, the buttons are getting a rework – there aren’t enough for Android’s required home, back, menu, send and end – and the display may be overhauled as well.  General Mobile still aren’t sure whether its 400 x 240 WQVGA resolution will be high enough for Android applications, and if not the panel will be changed.  We’re hoping they also rethink the connectivity, too, as the preliminary specs list cellular data as topping out at GSM/EDGE.

The DSTL1 also has dual-SIM slots, with the facility to have both lines active simultaneously, together with Bluetooth.  Under the hood a 624MHz Marvell PXA 310 processor keeps things chugging.  It measures 112 x 54 x 16mm, weighs 135g, and should be making an appearance at Mobile World Congress next month.