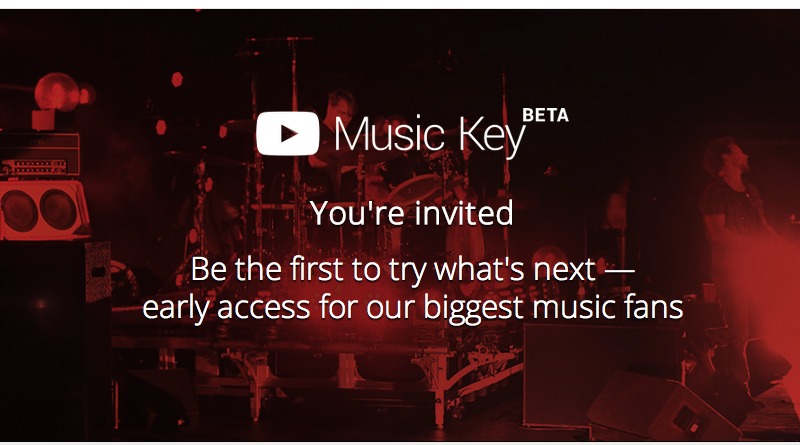 The service is still in Beta so it’s by invitation only. Beta invites are being sent to the lucky users in the US and some countries in Europe. Current Google Music Subscribers have received invitations but some non-Google Music Subscribers claim to have received similar invites as well. At the moment, there are a few ways to get into the exclusive club.

To check out this new feature, update your YouTube app today on your device with at least Android 4.2 Jelly Bean. Or you may visit its official YouTube page.

You’ll see this page telling you to try the free service:

Tap on the screen to receive an invitation. That is, if you are in the United States and if Google deems you worthy.

The second way is to subscribe to Google Music All Access and you’re guaranteed to receive the coveted invite, no questions asked. As reported before, YouTube Music Key comes packages with the Play Music All Access subscription.

YouTube Music Key is free for now but it will cost $7.99 come January 2015. This means we only have two months to enjoy it at no cost.