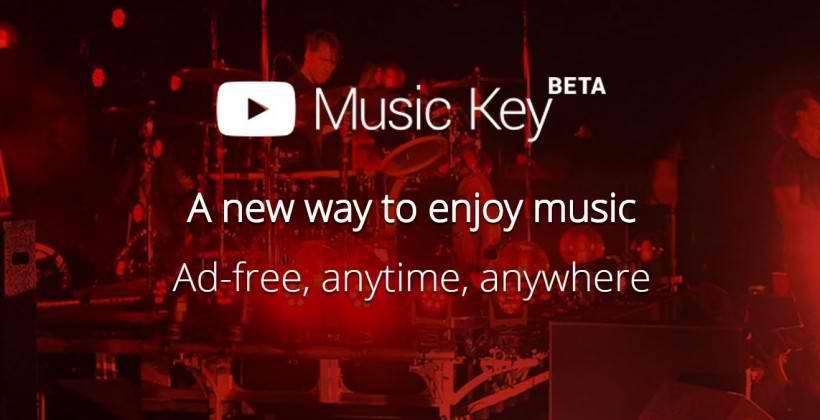 When Google announced YouTube Music Key, a streaming music video service they are introducing to the market, they also said that those who will be paying for the monthly subscription will also get a Google Play Music along with it. But what about if what was the other way around? Do Play Music subscribers also get the newest streaming as well? Well, we got our answer late last week, as existing Play Music account holders received an email that they will be automatically have YouTube Music Key as well, without paying more.

YouTube Music Key allows you to watch or listen to music videos on the channel ad-free, and includes access to curated playlists, artists’ complete discography (hopefully still including Taylor Swift by the time it rolls out), among other things. Think of it as Google Play Music but with videos. The subscribers of the latter have received emails from Google, saying that they’ll get “free and complete” access to the former.

But even though they are two separate services, apparently Google Play Music will also be receiving ad-free music videos that will play alongside several selected tracks. It might beg the question why you would still want YouTube Music Key when Google Play Music will also play music videos, but maybe the selected songs are still too few right now, as compared to the almost limitless library of YouTube.

For now, there isn’t an exact date when Play Music subscribers would receive their YouTube Music Key account, but it’s supposed to be sometime within this week. In case you have neither, but would like to have both, subscription will be at $9.99 a month, but they are offering it initially for just $7.99. However, not all regions have both yet, so better check if you have it before getting your hopes up.