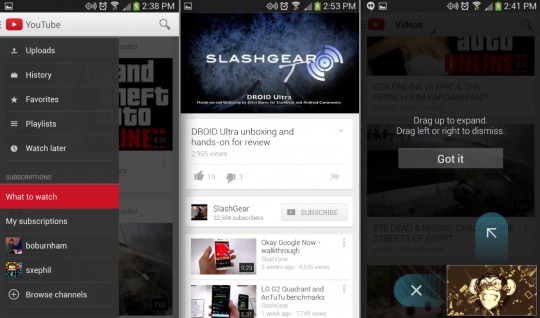 There is no denying that YouTube has become part and parcel of today’s video watching culture, but it is, at least through official methods, completely dependent on an active Internet connection. This causes no small amount of aggravation whenever one’s viewing experience on a tablet or smartphone is ruined by a suddenly broken connection.

That problem will soon be a thing of the past, at least partially. On its blog for partners and creators, the YouTube team pre-announced an upcoming feature for the mobile YouTube app. For a short period of time, users will be able to watch a video even when they are no longer connected to the Internet. This should be useful in cases when signal from a network is suddenly dropped or when entering into an area where there is no coverage.

The YouTube developers seem to be hard at work at making the lives of its mobile users less miserable. Last month, an update to the app was rolled out that not only brought in a new look, but also provided in-app multi-tasking. This allowed users to continue playing a video in a small window while browsing for related or other videos within the app itself, something that would previously bring streaming to a screeching halt.

The blog post doesn’t go into specifics, like how short is a short period of time and what the prerequisites for triggering the feature would be. We’ll just have to wait then until the feature formally launches this November.