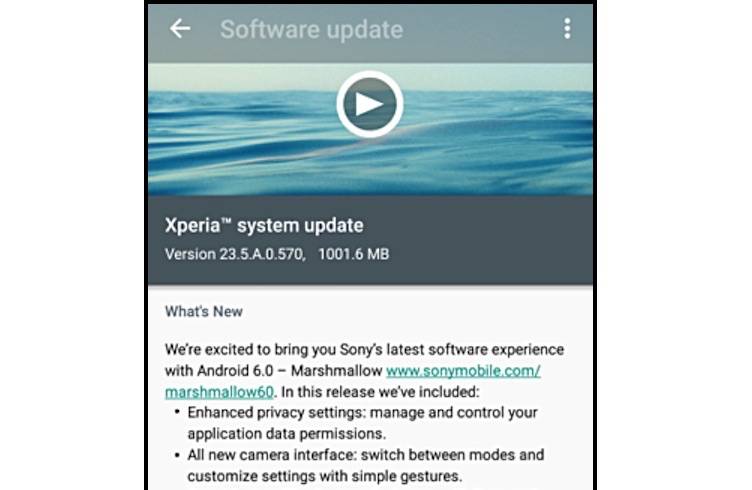 Sony has been very active rolling out Marshmallow updates this 2nd quarter not only for the latest mobile devices but also for the older Xperia Z phones. Even of the Japanese company decided to put an end to the Xperia series, the likes of Xperia Z2, Z3, and Z3 Compact are still able to enjoy Android Marshmallow. All three devices received the SOFTware update last month. That was the beta version and soon, the Android 6.0.1 version was released the following week.

Those were definitely good news but they’re only for those in the US. Sony is finally releasing the same Marshmallow updates for the Z2, Z3, and Z3 Compact in Canada and India. Obviously, it will also come with the standard Android 6.0 features and improvements like Google Now on Tap, Doze mode, and new app permissions. Updates are usually pushed via OTA (over-the-air) notifications but if you can’t see the new version yet, feel free to check manually. Go to your phone’s Settings menu and see if you are running the latest version.

Other Marshmallow features that will be served include the STAMINA mode, Google Now on Tap, App Standby, and Sony Camera 2.0.0 app tray search option. Don’t be confused if you will no longer see the classic and modern homescreen layout as an option because Sony already removed it.