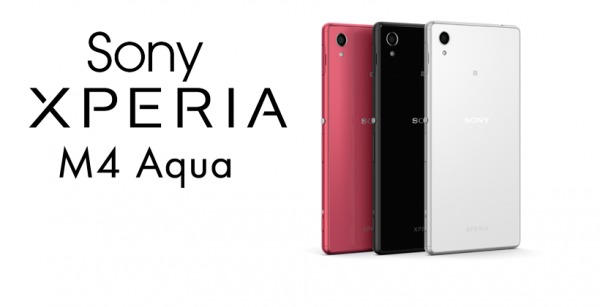 Smartphone shoppers in India looking for a new device can now get their hands on the Sony Xperia M4 Aqua Dual. This is the first mid-range waterproof smartphone that is available to purchase in India. The device rocks a 5-inch 1280 x 720 resolution screen and has a 1.5GHz octa-core Snapdragon 615 processor.

The operating system is Android 5.0 and the smartphone is fitted with a 13MP rear camera with LED flash. The front camera is a 5MP unit and the camera has an IP65 rating for water resistance and IP68 rating for dust resistance.

That octa-core processor is paired with 2GB of RAM and the smartphone has 16GB of internal storage. Storage can be expanded via memory cards up to 32GB. The dual SIM capability lets the phone handle two-phone numbers.

The device supports 4G LTE and 3G HSPA+ networks. Other features include a 3.5mm audio jack, FM radio, with RDS, Bluetooth 4.1, GPS, and NFC. Power comes from a 2400 mAh internal battery. There are several color options available with white, black, and coral. The smartphone is available now for Rs. 24990. We first glimpsed this device when an image leaked back in February. The smartphone was officially unveiled in early March at MWC and then hit pre-order a few days after the unveil.