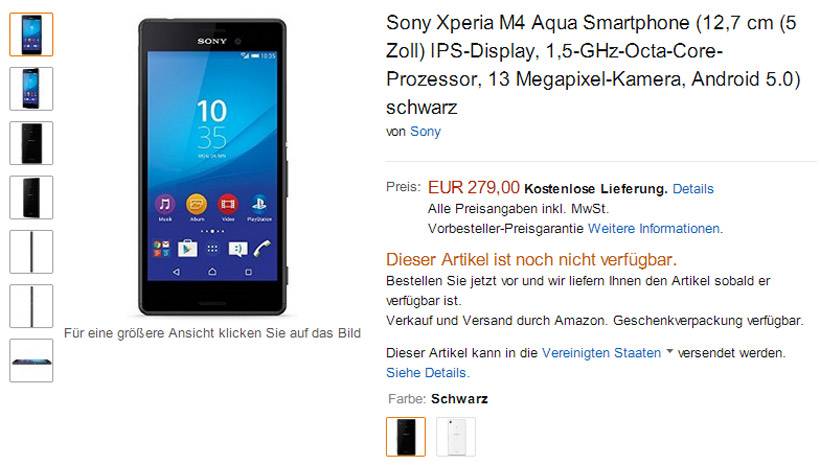 We most of the details on the Sony Xperia M4 Aqua smartphone now that the device has launched at MWC 2015. Before that official launch, some images of the smartphone had leaked. After the official unveil at MWC, all we were really waiting on was for the smartphone to hit retailers so those interested could buy it.

If you are in Germany Amazon.de has become the first place to open pre-orders for the new Xperia smartphone. The Xperia M4 Aqua is up for pre-order in black or white colors for 279 euro. If you missed the official unveil of the smartphone, I will run down the specs for you.

The Xperia M4 Aqua has a 5.2-inch 720p resolution screen. The processor is the Snapdragon 615, and this is the first smartphone of hit market using that processor. The Snapdragon 615 is an octa-core unit and is 64-bit compatible.

Sony crams a big battery inside the smartphone, the exact size wasn’t offered in the unveil but it is thought to be a 4000 mAh unit. Android 5.0 is the operating system. As the name suggests the smartphone is water resistant and it has a 13MP rear camera.