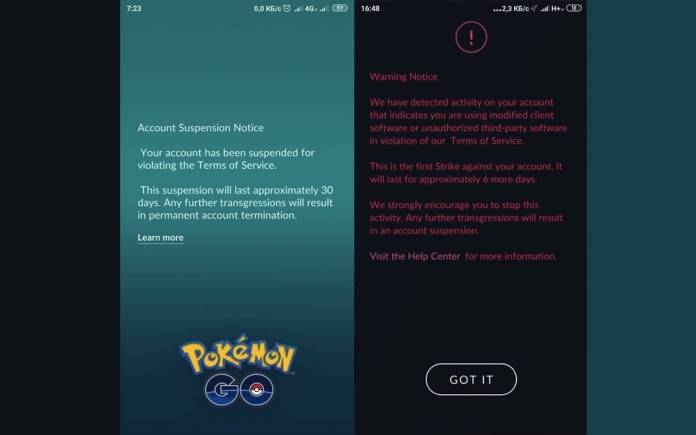 What’s going on here? After a recent software update, Xiaomi smartphone owners are complaining they’ve been banned on Pokemon GO. Believe it or not, there are still people who play the once number one augmented reality game. There are still millions around the world who really go out and search for those little pocket monsters. The game isn’t as popular as before with only 11 million users (from 60M) but it still is an important AR mobile game today. Sadly for some Xiaomi phone owners, they’ve been banned.

Specifically, those who own the Redmi 5 and other Xiaomi devices have been victims of account suspension. Niantic usually bans cheaters. This time though, Xiaomi players are claiming they’ve been targeted unfairly.

After a recent MIUI update, probably the MIUI 10 (10.3.2), Xiaomi and Redmi device owners said they’ve been banned in playing Pokemon GO for unknown reasons. Niantic often detects a hacked or modified version of the game especially when a device is rooted. That is understandable but now the phone owners are saying their version of the mobile game is official and unmodified.

Niantic hasn’t made any response to the complaints. No information yet about the unfair suspensions has been published–not even an acknowledgment. A list of complaints has been created HERE by @AnetUA2. As of this writing, there are 496 complaints of being suspended, banned, or blocked. Most of the phones listed are Xiaomi Redmi 5 units. We also see Redmi Note 6 Pro, Redmi Note 4, Redmi Note 7, and Xiaomi Mi 9 among others.

A petition is up on Change.org as an appeal to Niantic, with hopes of the company changing their techniques and standards in banning users. The people want Niantic to do something about fair play not only in Pokemon GO but also in Ingress Prime and Harry Potter: Wizards United.

Niantic is expected to respond to the issue. But while you’re at it or if you are looking for a temporary solution, feel free to turn off Game Booster under Security within the apps drawer. Remove the game Pokemon GO from the list of boosted games. Under Settings of the app, you may also turn off the Game Speed Booster.