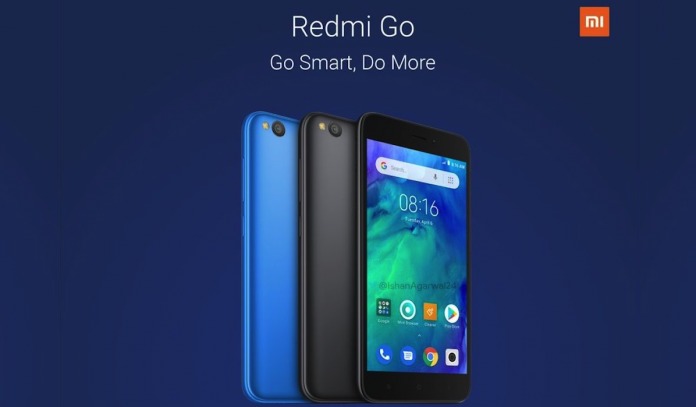 What’s the next Android Go phone? It’s something from Xiaomi. Yup, the Chinese OEM has more phones to reveal. After teasing us with the Xiaomi foldable phone prototype, the next-gen display fingerprint scanner, and the idea of a Xiaomi Mi Mix 3 5G phone variant, expect the Xiaomi Redmi Go to be announced. A young tech leaker spilled the beans and showed off the first official product images of the Redmi Go. The full specs are also listed so we’ll wait for this new Redmi phone.

When it comes to imaging, expect the basic 8MP rear camera with LED flash, HDR, and f/2.0 aperture. The selfie camera is a 5MP shooter with f/2.2.

The phone runs on Android 8.1 Oreo (Go) edition. There is no mention if it can be upgraded to Android 9 Pie but the Android Go version should be decent enough.

We’re guessing this Xiaomi Redmi Go will be sold officially under the Redmi sub-brand. It’s a basic smartphone so don’t expect much speed and power.

Here's your first look at the Xiaomi Redmi Go, the upcoming Android Go Smartphone. Click on the images below to see full resolution renders and full specs of the upcoming smartphone, launching soon in India! (First spotted by https://t.co/Jha1L96xJX ).#RedmiGO#Redmi#Xiaomi pic.twitter.com/nf6LX4yAOP