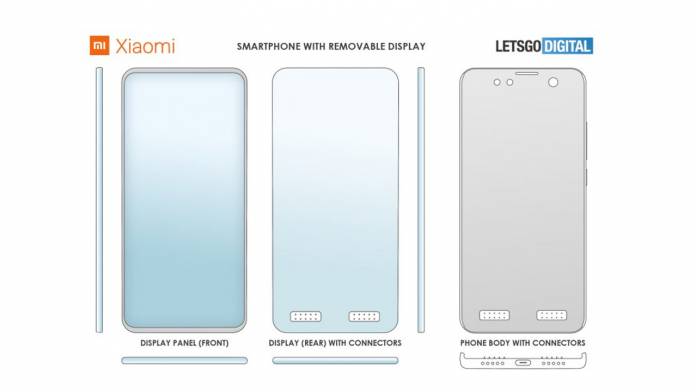 OEMs patent a wide variety of things, which includes design and technology. Xiaomi is no stranger to this – Chinese tech company keeps filing patents for forward-looking technologies and devices. Xiaomi’s latest patent details a smartphone with a removable display – yes removable ‘display’ not removable battery. The patent published on August 4 is titled “two component phone” and was filed with China National Intellectual Property Administration (CNIPA).

This was first reported by LetsGoDigital. The renders from the patent suggest a device that has a display, which can be removed and connected back as and when the user desires. Xiaomi is not new to investing with devices that may seem out of the league – remember Xiaomi Mi Mix Alpha – the foldable phone with a unique wrap-around display?

The device with two components, as described in the patent, comprises ‘main part’ – the body and a ‘split part’ – the removable display. When combined together the main part (which is twice as thick as the display part) and the split part form a normal smartphone. However, the display can be detached from the body to function independently, how exactly, is not detailed in the patent. 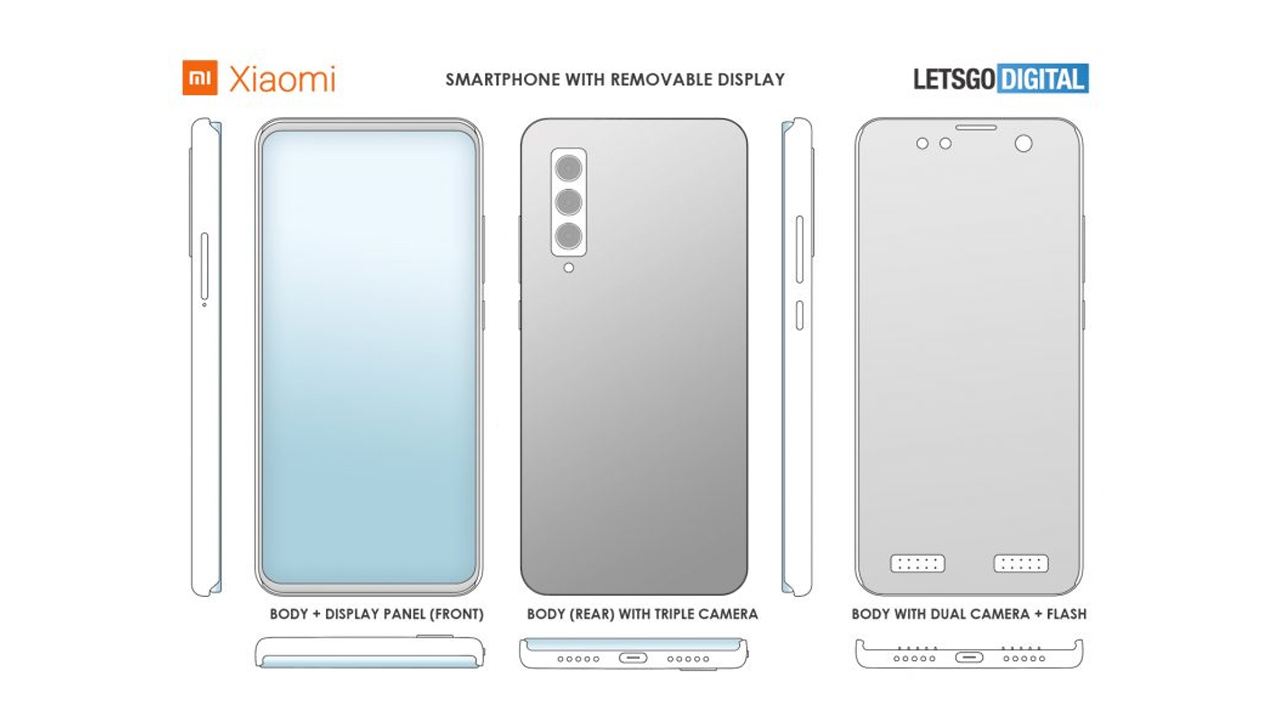 The patent reveals that the device’s main body has three cameras on the back, USB-C connector, and dual speaker setup at the bottom. This main part provides for data storage, audio output, and optics – what is the purpose of the detachable screen is a secret at this point in time.

The removable screen, which can be charged wirelessly when not connected to the main part, has a receiver and dual selfie camera with LED flash. Since the cameras on the front are neither notch nor punch-hole – suggesting the device could roll out with under-screen cameras.