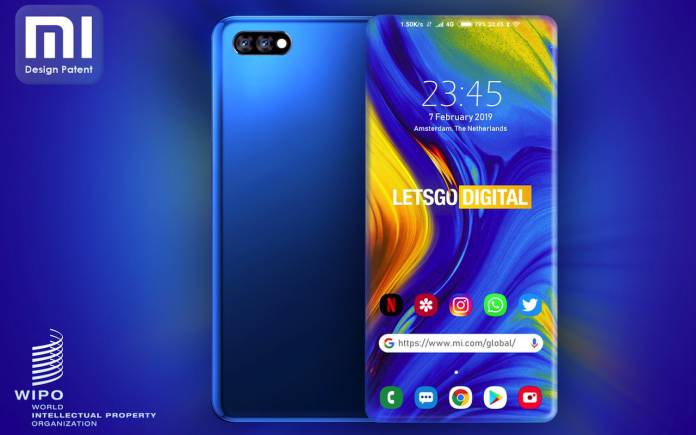 Xiaomi may no longer be the top OEM in China but it is definitely one of the busiest and most prolific, launching new products left and right. We’re not only talking about new phones but other smart products for different categories. The Xiaomi Black Shark 2 is coming in a few months while the Xiaomi Redmi Go was recently made available in some countries. A Xiaomi foldable phone prototype may also be out soon as a company exec demoed in a video.

Next in line, albeit there is no confirmation yet, is this new Android smartphone with a 4-sided edge display. It is more like a full-screen display with extended edges not only on the left and right but also on top and the bottom.

Xiaomi already has an audience in America and Europe like Vivo, Oppo, and OnePlus but so unlike Huawei. A new design patent has recently surfaced online for a device with edge display on four sides.

This is something new as the patent was online published last February 5. It was sighted in the Global Design Database of the WIPO (World Intellectual Property Office). The patent was officially filed by Bejing Xiaomi Mobile Software.

A dual rear camera system is also found on the rear so this doesn’t seem like a novelty phone. The sides may remind you of a Galaxy S edge phone but really, on all sides.

A USB Type C port is found at the bottom. We don’t see any front-facing camera so it could be hidden under the front display with a camera hole or like an under-display fingerprint sensor. 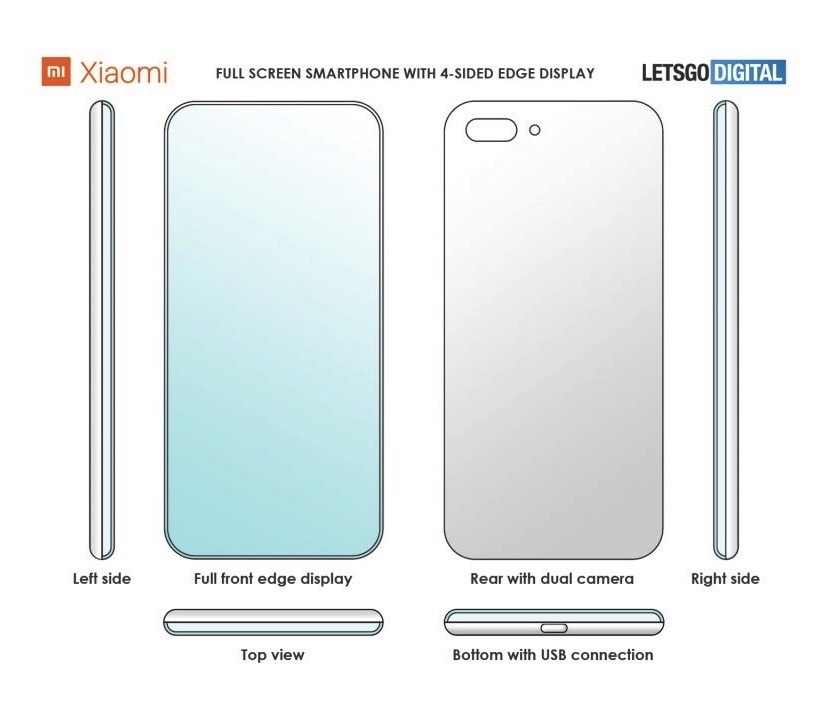 Definitely, this isn’t the Xiaomi foldable phone either. There is a possibility though it could be another Xiaomi 5G phone.