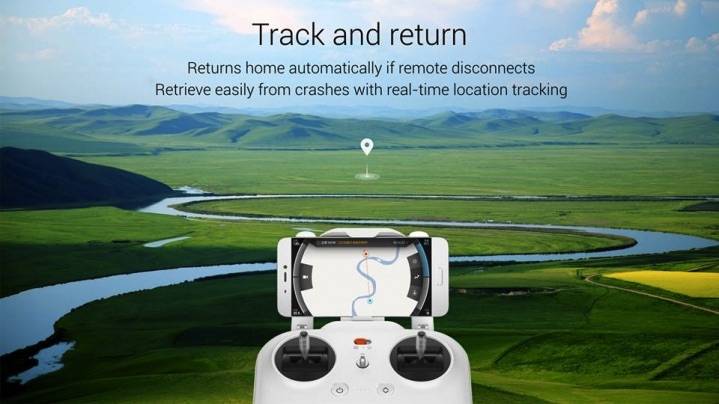 Xiaomi has teased the drone and you’re probably done imagining and planning on what you’re going to do with it or where you’re flying. The Chinese company is expected to give it an affordable price tag and so we’re excited about its official launch. No need to wait that long because the time has come. Xiaomi has launched the Mi Drone in a special event online. We first saw the teaser leaked by Xiaomi France and finally and officially, the drone is here.

Hugo Barra made the announcement and used the LIVE video feature on Facebook but another live blog was shared on the MIUI website with about half a million people watching from all over the world.

As speculated, the Mi Drone’s prices are reasonable at RMB 2499 ($381) and RMB 2999 ($458) for the 4K UHD version. There are actually two models available with the other one getting higher specs and features. The Mi Drone comes equipped with a 1080p or 4K Ultra HD camera with 104-degree wide-angle lens that can stream live video at 720p. The 4K camera can take still photos in RAW format or at 3840 x 2160 pixels.

The Mi Drone boasts of a 4-propeller system, a 5100mAh battery, and a very lightweight design. It can fly non-stop for up to 27 minutes and can do real-time location tracking, and hover automatically when needed. The Mi Drone also features GPS + GLONASS + vision-based positioning, autopilot options, and a modular design so you can easily upgrade the system.

There’s no announcement yet where the drone will be released but in places where flying a drone is restricted, the Mi Drone will hover automatically across the area of no-fly zones. If it crashes, you can locate it or it will return home automatically if remote is disconnected. The GPS and other navigation features make it reliable.

The Mi Drone works with a dual-band PCB antenna so you can control it as far as 2km. The drone is also portable and easy-to-carry. The modular design is smart and it even comes with propeller guards. The 4K HD camera uses a 12MP Sony sensor and an Ambarella image processor.