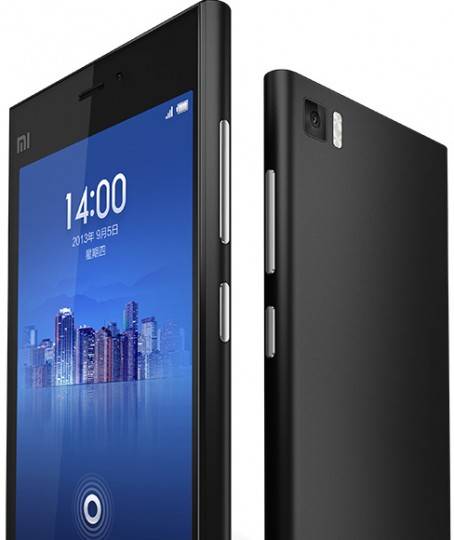 Xiaomi is a Chinese brand that up until recently may not have been on the radar of those outside the market. Things changed recently when Hugo Barra announced he was leaving Google and heading to China to take up residence as the global vice president. While we cannot credit Barra for these sales figures, it looks like Xiaomi is doing well with the recently launched MI3.

The Xiaomi MI3 was originally revealed back in early-September. This announcement came along side the “MiTV” 3D Smart TV, and both devices seem to have sold out rather quickly. Coming by way of the official Xiaomi Twitter account, there was word of 100,000 smartphones and 3,000 televisions being sold.

Also, just to clarify, that number is for sales within China. At this point in time we have yet to see Xiaomi begin any sales elsewhere. The MI3 is available in a 16GB and 64GB model and they are selling for CNY1999 ($327) and CNY2499 ($410) respectively. Aside from the storage, the specs include a 5.0-inch Full HD display, 2 megapixel front-facing camera and 5 megapixel rear-facing camera with f2.2 aperture, Philips dual LED flash and Sony Exmor RS 28mm lens.

The handset is also available with different processor options depending on the carrier. China Mobile has an NVDIA Tegra 4 model and China Unicom and China Telecom have a model powered by a Qualcomm Snapdragon 800. That all being said, while we suspect many manufacturers would be happy with those sales numbers, there may be a bit more to the story.

The Next Web is reporting that many of the MI3 smartphones have been picked up by scalpers looking to make a profit, as opposed to average end-users simply looking for a phone. Otherwise, Xiaomi has said they are looking to sell 20 million smartphones this year. They claim to have sold 7.03 during the first six-months of 2013 and 7.19 million for all of 2012.