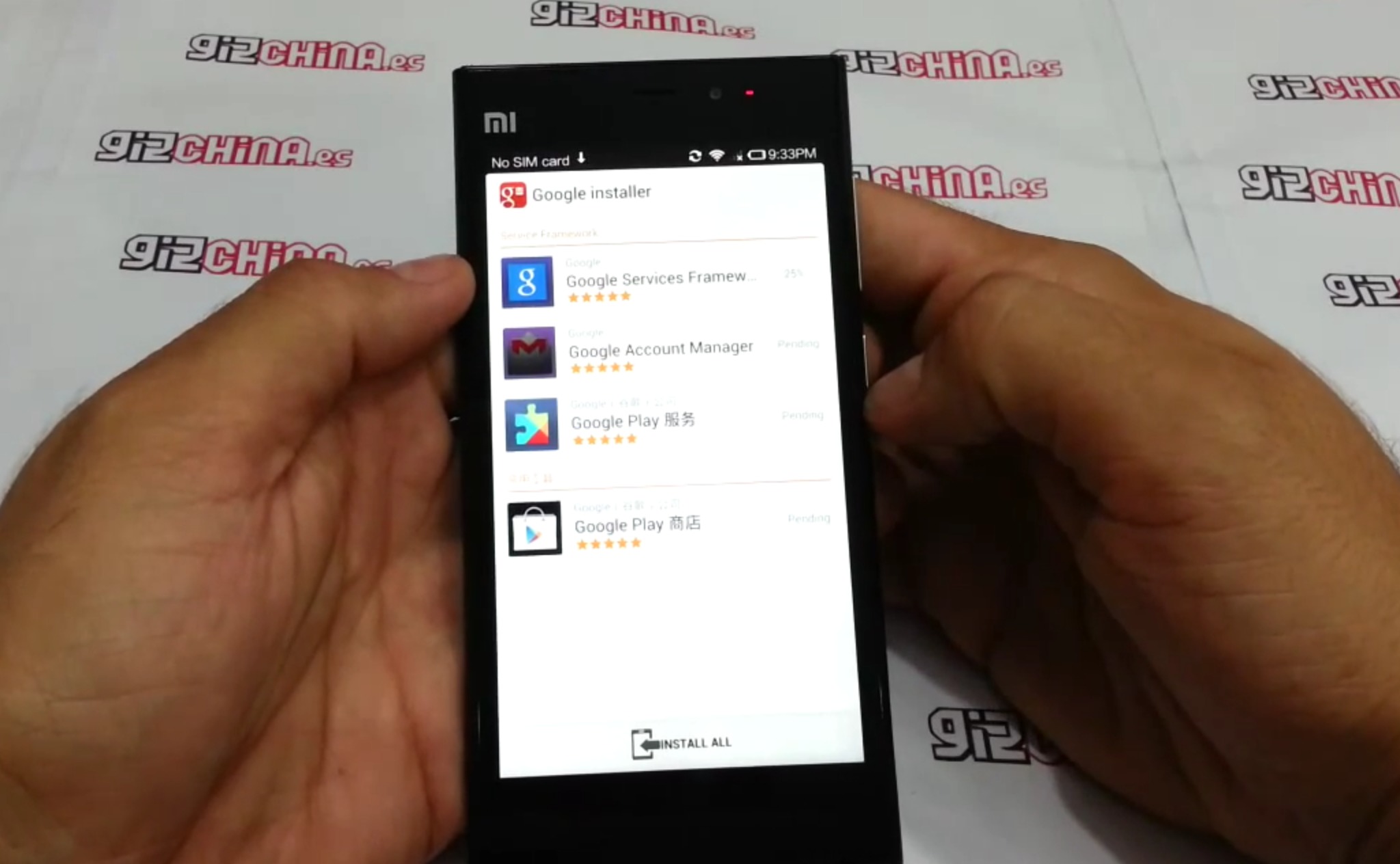 If you were lucky enough to get your hands on a Xiaomi Mi3, you may be wondering what to do with it. If you’re outside of China, you probably don’t have an account on the Xiaomi marketplace. It’s an Android phone, and you want the Play Store!

You’re in luck. GizChina was thoughtful enough to make a video showing international users how to get the Play Store on their very Chinese phone. It’s a bit of a workaround, and you’ll still need to create a Xiaomi account, but the functionality is there. You’ll first have to open some sort of hub for Google stuff from the Xiaomi store called “Google Installer”, but once that’s done, you’re (almost) in business.

We find it funny that you have to activate the ability to download apps from unknown sources on the device, considering it’s the Play Store. But hey, it’s a Xiaomi device and meant for their Chinese marketplace, so take that into consideration. Once you’ve gone through the steps, you’ll just need to log in with your Google credentials to enjoy the Play Store you’re used to.

We’re not quite sure if this is an official Google app for the Xiaomi store or not, which means we’re not sure if this is a long-term solution. To be safe, watch the permissions it asks for and don’t do anything you’re not 100% comfortable with. Downloading from outside sources is treacherous territory, Play Store or not.