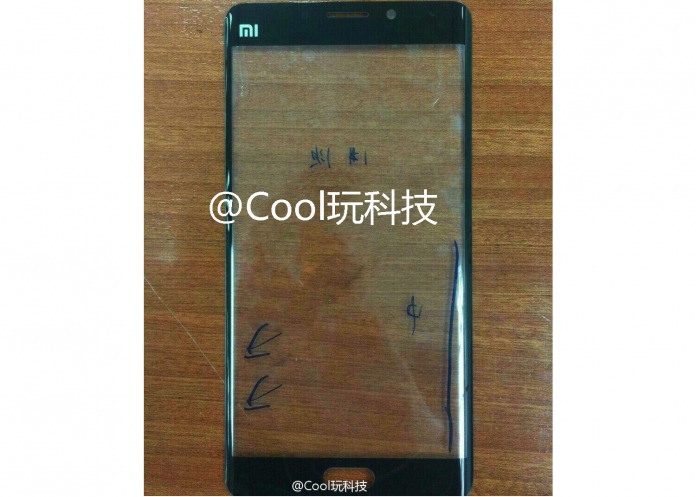 A couple of weeks form now, the gates of IFA 2016 will open. Berlin will be filled with the latest products from numerous tech giants and OEMs. One company who is expected to be busy with announcements and demos is Xiaomi who has not yet received the crown back from Huawei. It was only last week when the Mi Note 2 was leaked together with the Redmi 4 on Geekbench and Weibo.

The latest image leaked about the Mi Note 2 shows a front panel with a curved edge screen. Thanks to Samsung for braving the flow and releasing the first non-flat, curved edge Note 7. The new Galaxy Note’s entrance means other OEMs will follow suit and first could be Xiaomi with this Mi Note 2.

Another rumor has it that Xiaomi will be offering up two variants so there could be one flat Mi Note 2 and one curved variant. If and when true, it will be the first time for Xiaomi.

The next-gen Xiaomi Mi Note is now believed to have a Qualcomm Snapdragon 820 and probably 6GB RAM plus 128GB of internal storage perhaps for the higher-specced variant. As for the pricing, we’re still holding on to $375 or any price not exceeding $400.