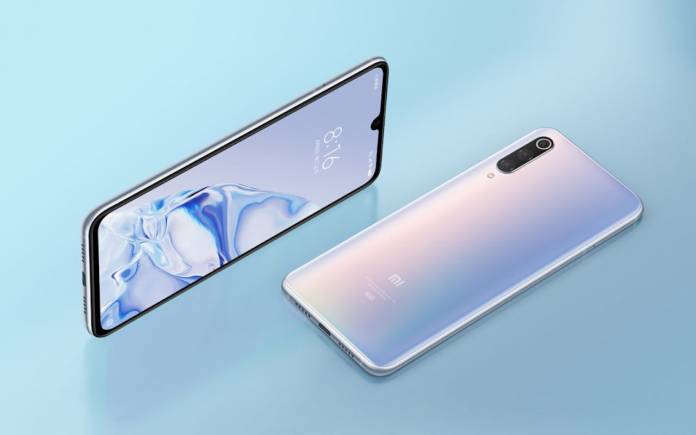 Xiaomi is on a roll this week. After introducing the Mi MIX Alpha, here is a new phone as a follow-up to the Xiaomi Mi 9 announced in China last February. It actually came with two variants: the Mi 9 Transparent Edition and the Mi 9 SE. Today, we’re learning about the Xiaomi Mi 9 Pro 5G. This is just the global version of the Mi 9 but a new, higher-specced model with 5G support. This is even different from the Mi 9T Pro arriving in Europe.

The Chinese OEM isn’t new to the 5G era since it already released the Mi Mix 3 5G. It’s actually just the Mi 9 global version that launched in Barcelona.

The Xiaomi Mi 9 Pro 5G will be available from three major carriers in China: China Unicom, China Mobile, and China Telecom. The phone will take advantage of mainstream 5G bands in the country so more people will get to enjoy download speeds of up to 2.02Gbps. To give you an idea of how fast it is, that’s about ten times the usual 4G speed. Thanks to a 7-antenna design that ensures optimal signal reception.

As described, the Xiaomi Mi 9 Pro 5G comes equipped with the latest Qualcomm Snapdragon 855+ processor (7nm), Adreno 640, max of 512GB onboard storage, up to 12GB of RAM, and vapor chamber (VC) that helps cool the phone.

The Mi 9 Pro 5G’s 4000mAh battery can be fully charged in about an hour as made possible by its 40W fast wired charging. Wireless charging is also supported up to 30W while reverse charging is 10W. Reverse charging with Qi lets you charge smaller compatible devices like razors, toothbrushes, or headphones.

When it comes to the camera department, the AI triple camera setup is complemented by AI Skyscaping. The system includes a 48MP main camera with Sony IMX586 sensor, 16MP ultra wide-angle shooter, and a 12MP telephoto lens. It features moon mode, Mimoji, and AI moving-objects tracking among others.

As we also heard before, Xiaomi has launched the Mi Full Screen TV Pro. This one makes an impression with the 4K panel, aluminum frame, metal design, and carbon-fiber patterned back. The 97% screen-to-body is good enough. The smart TV features 2GB RAM with 32GB storage,12nm Amlogic T972 processor, and quad-core A55 architecture. The TV can also support 8K video playback.