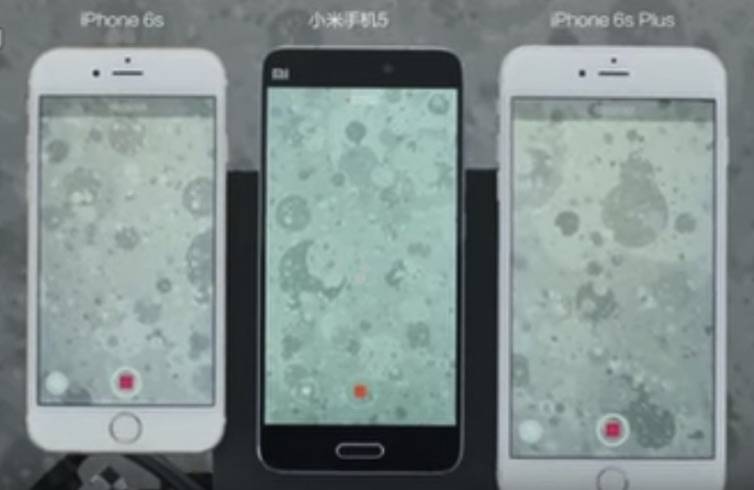 Aside from the recently announced LG G5 and the Samsung Galaxy S7 from the South Korea tech giants, another flagship phone is ready to challenge the latest premium devices. The Xiaomi Mi 5 introduced yesterday is shown off in a video. Compared side-by-side the iPhone 6s and 6s Plus, the new Mi 5 is tested in a 4-axis OIS shake it off challenge.

We noted yesterday that the Xiaomi Mi 5’s face is familiar but with a disappointing screen. When it comes to imaging tech, our expectations are high as the smartphone also uses the Sony IMX298 sensor, Phase Detection Auto Focus, plus some Ultrapixels.

Watch the video below and see for yourself how the Mi 5’s optical image stabilization is effective compared to the two iPhones:

There’s a lot of shaking but the Mi 5 is able to hold the image. For this Optical Image Stabilization (OIS) Test, the Xiaomi Mi 5 wins. We believe the results but we’d like to see how the Mi 5 will fare against the newer Android phones like the Galaxy S7 and LG G5.

Impressed with the Xiaomi Mi 5? Yes, if you’re asking about image stabilization.The screen with 1080p resolution is good enough but Xiaomi could have still made the improvement to 2560 x 1440.