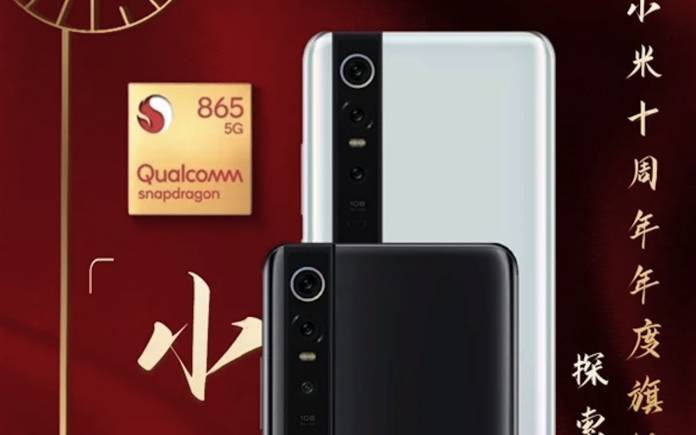 Xiaomi is definitely launching a new Mi phone. The Chinese OEM’s flagship series is expected to be introduced at the Mobile World Congress (MWC 2020) in Barcelona but it looks like it will be announced even earlier. It will be earlier and interestingly, will be on the same day as the announced date of Samsung’s Unpacked 2020 event. The second week of February will be exciting as the two will battle for our attention. Samsung made the announcement first so we think it’s very bold of Xiaomi to schedule an important event on the same day.

Nothing is certain yet but this leaked poster tells us something will happen on February 11 in Beijing, China. The Mi 10 will also arrive with the Xiaomi Mi 10 Pro. The information could be fake so we’re still taking things with a grain of salt.

The poster shows how the Mi 10’s rear would look like. We see that black strip on the left part, holding the cameras. We count four rear shooters and some sensors like an LED flash. One camera could be 108MP while another could be laser autofocus. The strip reminds us of the Mi MIX Alpha concept phone.

It can be assumed the Xiaomi Mi 10 will be available in black and white. Some of the specs and features we’ve listed before include a large 6.57-inch Super AMOLED screen, 90Hz refresh rate, FHD+ resolution, 8GB or 12GB RAM, and 128GB to 512GB built-in storage. The battery could be 4500mAh with 10W reverse wireless charging, 30W wireless fast charging, and 40W wired fast charging as described. 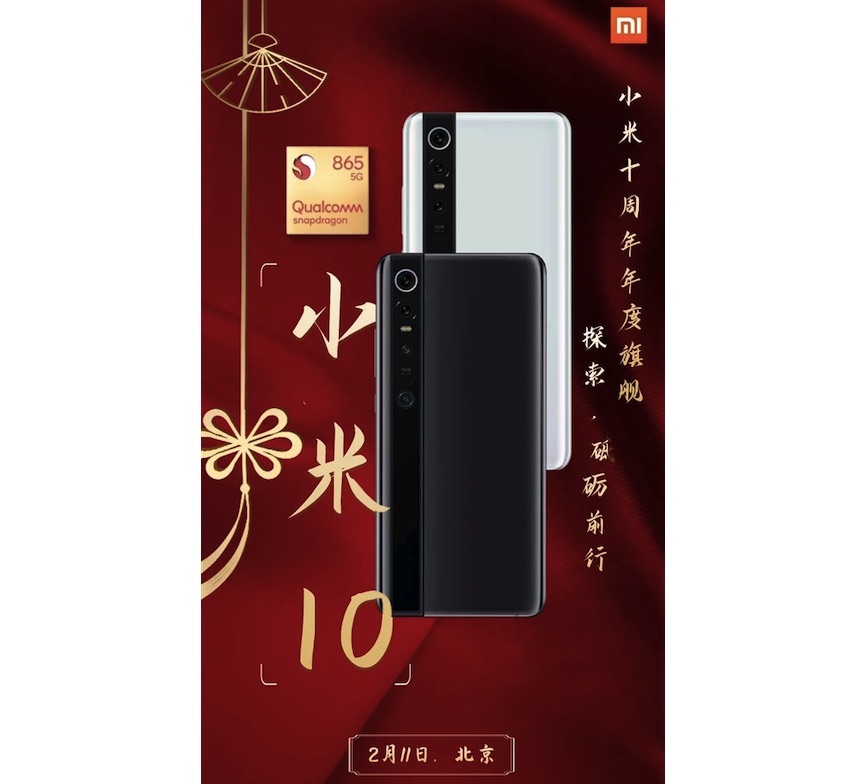 The starting price could be $445. There will be a Pro 5G variant with a 108MP camera. The regular Mi 10 5G will only have a 64MP primary shooter. There may be dual selfie cameras: 32MP and 8MP. Let’s wait and see for the official announcement.