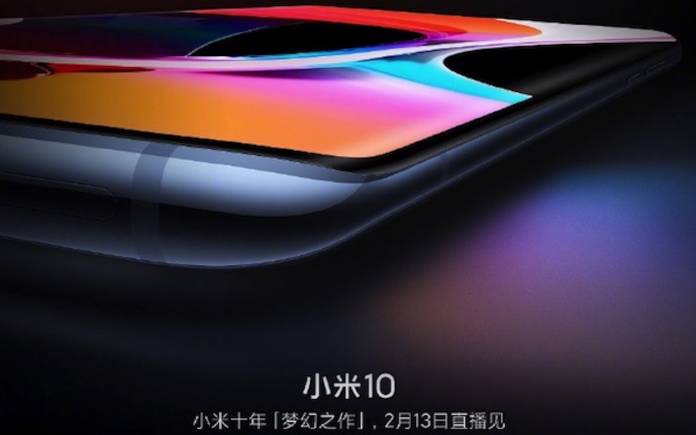 Xiaomi is scheduled to make an important product launch tomorrow. No, a sub-brand won’t separate from it soon but the Chinese mobile OEM is set to announce its new flagship smartphone. The Xiaomi Mi 10 will be introduced as the first Android phone to use LPDDR5 RAM from Micron and the Qualcomm Snapdragon 865 processor. The device is also expected to come with 5G connectivity, as well as, other premium specs and features. Yesterday, more Xiaomi Mi 10 details were made public on Weibo. We learned about the 6.57-inch Super AMOLED display, 108MP primary camera, 4800mAh battery, and the 90Hz refresh rate.

Today, even more details have been posted. This is probably the last batch of teasers before the official announcement tomorrow. Xiaomi is believed to rival the recently released Samsung Galaxy S20 phones.

The Xiaomi Mi 10 will have a dual stereo speaker system. It will feature a balanced stereo setup for a symmetrical audio experience from the mobile device. This then results in a more immersive listening whether you’re playing games or sound tripping.

The device will also allow 8K ultra-clear video recording. Not many OEMs have ventured into this but Xiaomi is one of the first. It is actually made possible by the Snapdragon 865 chipset. Expect video images up to 7680 x 4320-pixel resolution.

The Xiaomi Mi 10 features a small notch in the front screen. It is ultra-small but expect a powerful selfie shooter underneath. Last but definitely not least, in this 5G era we can also expect triple fast charging. This means speedier wired and wireless dual charging from 50W wired fast flash charge to 30W wireless fast flash charging to 10W wireless anti-charge (reverse charging).