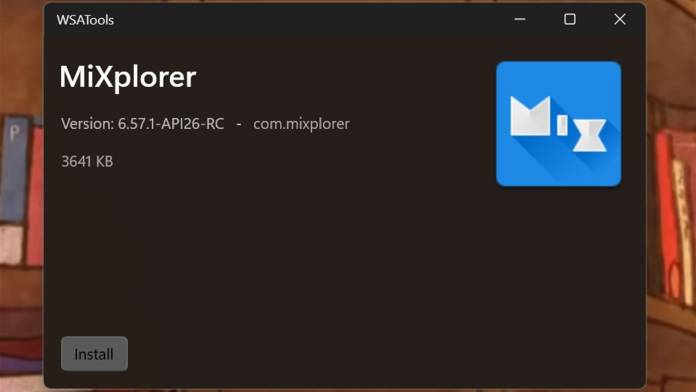 The Android app support for Windows 11 is currently enabled for Windows Insiders enrolled in the Beta channel. Currently, around 50 Android apps are accessible via the Amazon Appstore inside the Microsoft store. Last week we saw an advanced method to sideload Play Store on the Windows 11 operating system using ADB (Android Debug Bridge). However, this workaround is not suggested for average users. Now, to the rescue is another method (as we speculated earlier) which will be a sigh of relief for Windows 11 users.

Developer Simone Franco has come up with the WSATools which functions like a GUI to emulate the ADB commands for installation of Android apps on the new OS. The workaround is far simpler than the method by ADeltaX, and Simone promises more features to follow in the future for the tool.

To get going, you’ll need to download and set up the ADB on the Windows 11 system and add the ADB to system environment variables. This is an important step, as it ensures the ADB commands can run system-wide and eliminate the need to open a command-line tool for the specific folder.

Thereafter, you’ll have to enable the developer mode in Windows Subsystem for Android and check its functioning by opening any Android app. Once everything is in place simply download the APK files and open them in the File Explorer for simplicity of use.

As per the developer, the ability to install ADB automatically is explorable in the development versions, and more such features will follow shortly. The WSATools takes care of the APK file associations without any problem in Windows 11, and that’s a big relief for normal users.

The stable version of the WSATools (with a refined design) will soon be up for download; the current pre-release version is the official one yet. That said, it is still good enough to give a try and can be owned from the Microsoft Store.