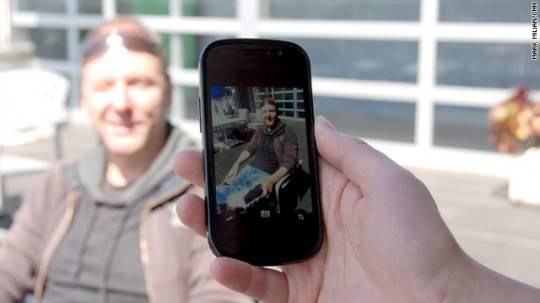 The latest chapter in the war of words between Google and CNN is being played out today on the web. As we reported here yesterday, CNN did a story that Google was working on a Mobile Facial Recognition App that would link personal data through real-time video footage from the camera on an Android Device to images stored on a user’s Google Profiles pages. CNN went on to state that Google was holding back releasing the app because of privacy concerns. The story created a firestorm as Google has fired back completely denying such an app exists and that details of the story are a “are purely speculative and are inventions of the reporter.” Only trouble is, CNN has a recording of an interview with the Google engineer in charge and they’re not backing down.

“Google’s claims do not fit the facts of the situation. This interview was prearranged – on the record – and staffed by a Google PR rep, who raised no objections at the time and did not deny what the engineer said. Additionally, we have an audio recording of the interview, as does Google. We stand firmly behind Mark’s reporting.” CNN spokesperson

So CNN is doubling down and stating they not only have an interview with the guy building the app, but that Google PR was there during the interview and raised no objections to it. So the story is devolving into a war of words, a “he said she said” unless CNN releases the recording. Slashgear is reporting that they’ve requested a copy of the recording to verify CNNs position, but even after that, the question is … so what? Google encourages it’s employees to spend 20% of their work time working on personal projects. And Google Labs is filled with applications which may or may not see the light of day.

Sure, both Google Goggles and Picasa have facial recognition features and can pull up data from the web which is helpful to users. That much is certain. And could it be used in a stalker-esque app that users could take advantage of? Okay. But even if it did, it seems that if we take the story on it’s face value, the personal data would be linked to information the user ALREADY has. So what’s the big whoop?