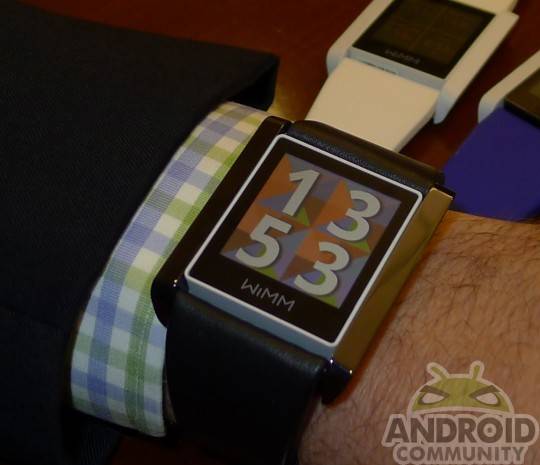 The Android watch space seems to be growing very quickly. WIMM Labs gave us a sneak peek at their OEM Android platform a few months ago, and needless to say we were intrigued. Now WIMM Labs is sending out invitations to developers to purchase the WIMM One Preview hardware for $299. The doors open on November 9th to approved developers only.

As a dev kit, the WIMM One Preview isn’t really meant for end users like you or me. It’s strictly to allow developers to get a feel for the hardware and see their apps running on the Android-based operating system. WIMM isn’t even planning on selling the device to consumers – they’re marketing it to OEMs as a wearable accessory that connects to a smartphone or WiFi network, not unlike the MotoACTV. While the standardized hardware works as a watch and mini alert screen, it also uses sensors like an accelerometer and manometer to gather active info. A dual-mode 1.4-inch screen allows the device to conserve battery while still staying connected.

According to the email, WIMM is only sending out invitations to currently registered developers. If you’re interested, head on over to the official developer portal and sign up – you might just get a shot. Orders are limited to one per developer, though bulk purchases are available on undisclosed terms and pricing.