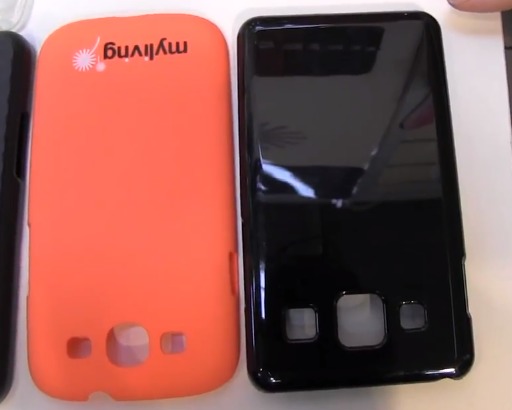 With the official event and announcement for the Galaxy S4 just a week away, we’re starting to see more and more leaks and rumors regarding the flagship handset. This week some reportedly “official” cases for the upcoming Galaxy have been spotted at the annual CeBit trade show, once again showing a squared-off design. Could the new S4 be slightly shorter and wider? These case manufacturers think so.

Back in February we saw a few case design leaks suggesting a squared-off looking Galaxy S4, and today we have the exact same thing. While nothing is official until Samsung says so themselves, these case manufacturers could know something we don’t. It’s hard to decide if this is real or not, but with multiple sightings with the same design we have a feeling they’re legit.

According to MobileGeeks the case maker company called MyLiving had multiple different cases on display this week, all showing what appears to be a slightly shorter and wider Galaxy S4. If these cases are correct, the design will be extremely similar in all ways to the Galaxy S III, just with a bigger screen. The same flash, camera, speaker layout on back, and the power and volume rockers are also in nearly the exact same spot. The only difference being the 3.5mm headphone jack on top was moved to the other side, the camera hole is bigger and lower (13 mp camera) and Samsung’s added a few more noise cancellation microphones. 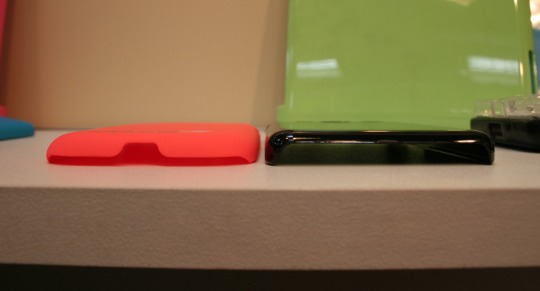 The link above where these images come from also have a full hands-on video comparing these cases to an actual Galaxy S III, showing the new phone will be wider, shorter, and a bit on the thicker side too. Obviously we’ll just have to speculate and call this a rumor for now, but we’ll have all the answers next week. This is probably a good indication of what to expect, but we will have plenty of pictures and videos live from the event in NYC on the 14th.