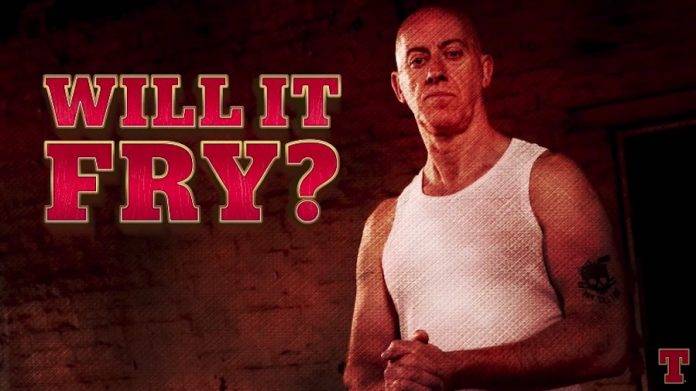 We remember the ‘Will it Blend?’ series by Blendtec where various gadgets like the Nexus 7 and Kindle Fire HD were placed inside a blender. Such videos were disheartening to watch so we’ve stopped watching. This time, we’re seeing a new trend that we know could be dangerous. YouTuber Tennent’s Lager has uploaded a video featuring the Galaxy S8 that left us dumbfounded.

At first, we were afraid that the smartphone would blow up although we know there’s not one single report of the phone overheating or exploding in the past couple of months it is out.

“Frying” could potentially make the phone overheat and possibly explode but this Samsung Galaxy S8 survived the high temperature. Watch the video below:

We have no idea what was the temperature but it looked like the oil had already reached a boiling point. The phone was placed in a hot fryer for one minute.

There was some breading so it could have probably protected the device but we’re just glad that there was no explosion at all. There are still people waiting for the Galaxy S8 to heat up but now we can say it won’t follow the Note 7 fiasco.

Do we want to test another premium flagship phone to fry? No, thanks. This one is enough.