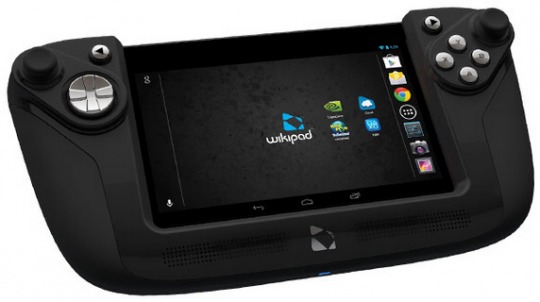 It looks like the Wikipad is finally going to launch. Wikipad Inc. has come forward with a confirmed release date of June 11th. This is for the Wikipad 7 that we saw announced back in February and means availability for those in the US. A further global rollout is expected, however that is planned for sometime later this summer. Anyway, the Wikipad 7 will arrive priced at $249 and with specs to include a 7-inch display and quad-core NVIDIA Tegra 3 processor.

The system will launch with Android 4.1 Jelly Bean to include full access to the Play Store. In other words, those using the Wikipad should not find any shortage of available games. To make things a bit easier to find, the Wikipad will also have the NVIDIA TegraZone app which highlights games that have been optimized for the NVIDIA processor.

Touching back on the display and those who make the purchase will be seeing a 16:10 aspect ratio and a resolution of 1280 x 800. Other specs include 16GB of internal storage, a microSD card slot, HDMI-out and a 2 megapixel front-facing camera. The system will also have USB along with a gyroscope, accelerometer and GPS.

The system itself will have dual-analog controls along with game partners to include PlayStation Mobile, Big Fish Games and MADFINGER Games. Aside from serving as a dedicated gaming system, those game controls are detachable which will allow the user a regular tablet experience. Basically, this means those who pick up the Wikipad will be getting a game system and a tablet. And thanks to the Play Store access, similar to the game availability, the regular apps will all be available.

All said and done, while it looks like the Wikipad will be launching on June 11th, we are still hoping to not see any delays. Those who remember the full Wikipad story can look back to November of last year, which was when the system was originally expected to launch. The Wikipad was within a week of launching when it received the launch delay.