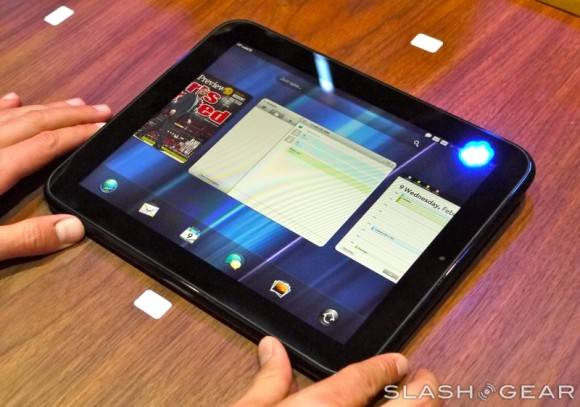 I must say for $99 crisp dollar bills, the HP TouchPad rocking Android would be a pretty awesome deal. That would be a great price for a tablet and once we get some Honeycomb or Ice Cream Sandwich running on it everyone will be glad they snagged one for $99 dollars. After HP discontinued the TouchPad it went on a firesale and is now in the bargain bin. The specs compare to that of the HTC Sensation with that 1.2 Ghz dual-core Qualcomm processor, but with a 9.7″ 1024×768 IPS display. All that running Android sounds like something I’d be okay with.

An Android port for the TouchPad has already started and is picking up huge traction over the last 24-48 hours. With it now selling for $99 or $149 at HP.com we now have a game of “The Price is Right” and all we need is the Android OS. Over at RootzWiki the project has about 90 pages of interest after a day and a half, they are calling it TouchDroid. While some reports have claimed the hardware was to blame and not the webOS we all are still left wondering. Once we get Android 2.3 Gingerbread, CM7, and eventually Honeycomb running on this thing we’ll really know for sure.

While almost everything that has hit the market as of late has had a few geeks trying to port Android over, the TouchPad is in a much better position because so many have it and that price is just so stellar. I’m sure somewhere there is already a bit of progress on a full port, but the team at RootzWiki has a nice group of four developers and this is only the beginning. I’m sure once a few webOS developers that also love Android get around to talking with them things should start to move along a bit quicker. This wont be an easy task and the devs have plenty of work cut out for them. Be nice, be patient and feel free to head over to RootzWiki and show your support. (Thanks oGsSTC)

$99 dollar Android 3.2 Honeycomb TouchDroid Tablet — Put me down for two!