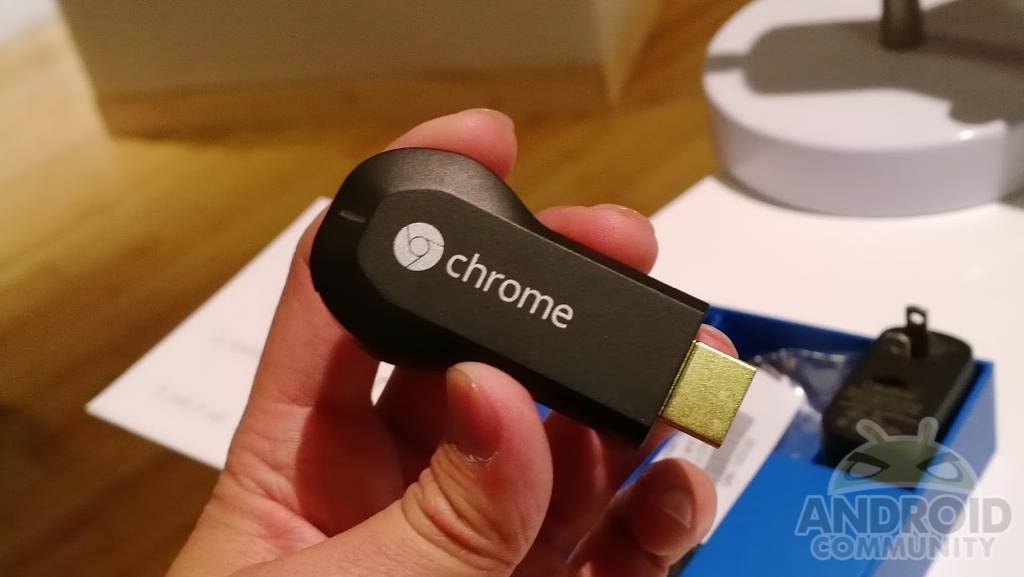 Google officially launched a new product today called the Chromecast. A small 2-inch HDMI WiFi dongle that will connect to our HDTVs, and take over the living room. Streaming anything and everything right from our favorite devices. Instead of having a complicated device with clunky remotes and keyboards like most Google TV options, the Chromecast is a simple and cheap alternative that everyone can use. Read on to see why this is the future of internet TV all by Google.

The folks in Mountain View have been rather quiet on the Google TV front as of late. In fact, it was an afterthought at Google I/O, and today we found out why. Up on stage to announce the new Chromecast at today’s Google event in San Fran was Mario Queiroz, a VP of product management that was previously heading up Google TV.

It’s this simple. You get the inexpensive $35 Chromecast dongle, connect it to power via micro-USB and plug it into the HDMI port on your TV, and you’ll instantly be streaming content via WiFi in minutes. Using a smartphone (Android AND iOS) tablets, or laptops of every kind you’ll be able to stream YouTube videos, Netflix, Pandora radio, Google Play Music, Movies & TV, and even view web pages from Google Chrome. All of this is being controlled via your own personal device. A device you’re already comfortable with, rather than some clunky Sony or Logitech Google TV setup.

The next step is online TV. The future of paying for television content and movies is on the web, streaming from the cloud, and Google’s already hard at work in this space. Last week the Wall Street Journal reported Google’s diving head first into internet TV streaming, and has even starting working to secure long term deals with content providers. Large media outlets have been meeting with Google to discuss deals, and the WSJ even stated they’ve been demoing the new product. Most likely that was the Chromecast, which is now available to all starting today.

Look at AirPlay for example. It is highly popular and successful, but it only works with Apple devices. With the Chromecast dongle you’ll be able to use it universally across all devices. And even switch from an Android tablet to your iPhone with ease, all in seconds. This makes it everything and more that AirPlay offers. Oh, and in case you forgot, it’s only $35.

We know getting Time Warner Cable and the folks from HBO to get up with the times won’t be easy, but once this all happens, and it will, Google’s Chromecast will be front and center in the perfect position to be widely used. Just like Google Music All Access, hopefully a Google Movies All Access subscription is coming soon too. Developers can add Chromecast support to their apps, and soon hopefully we’ll be casting apps like WatchESPN, HULU, HBO GO, NFL Mobile, games, and more all to our living rooms.