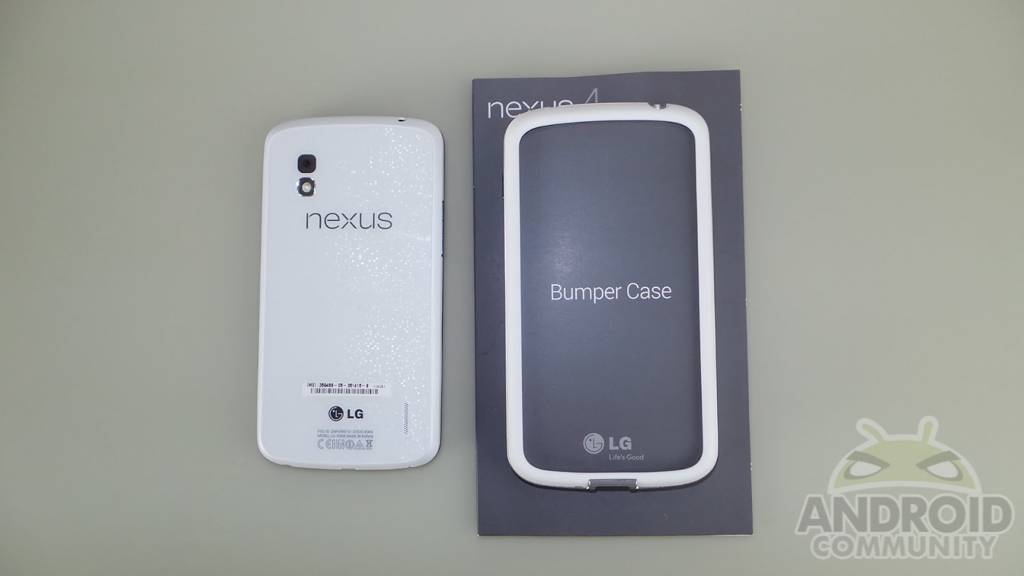 T-Mobile announced the immediate availability of the White Nexus 4 earlier this morning and it looks like the handset has also arrived in the Google Play Store. The Play Store listing has the handset available in an 8GB and 16GB model and they are priced at $299 and $349 respectively. Or perhaps more important for those who have already made up their minds and are ready to move forward with a purchase — they are shown as being in stock and shipping in 1 to 2 business days.

If the White Nexus 4 pricing sounds familiar, so will the specs. After all, aside from a change in color, this newly released White Nexus 4 is the same model that you have already come to love or hate. The one difference here, Google has the White Nexus 4 listed as being a limited edition. Those making a purchase will also get a free bumper. And for those worried, that bumper is white to match the phone.

Alternatively, those looking to bring a bit more of a zebra look to their handset, the Play Store also has black bumpers available for sale. It doesn’t appear that you can swap out the free white bumper for one in black which means the additional bumper would set you back $19.99.

The handset is launching with Android 4.2 Jelly Bean and given this is still a proper Nexus device — you can expect speedy updates moving forward. While that is a huge perk for many, you can also expect a 4.7-inch (1280 x 768) display, Qualcomm Snapdragon S4 Pro processor, 2GB of RAM, 16GB of internal storage, 2100 mAh battery and an 8 megapixel rear-facing camera. The Nexus 4 has support for AT&T and T-Mobile including 3G and HSPA+ 42 connectivity.

Of course, as the Nexus 4 is contract-free you can pick the carrier of your choosing. That means you could also look towards Straight Talk, a carrier that has some low-priced plans available. While LG has only recently announced the handset, we have spent some hands-on time playing. And in addition, those considering a first-time Nexus 4 purchase may also benefit from our earlier review.