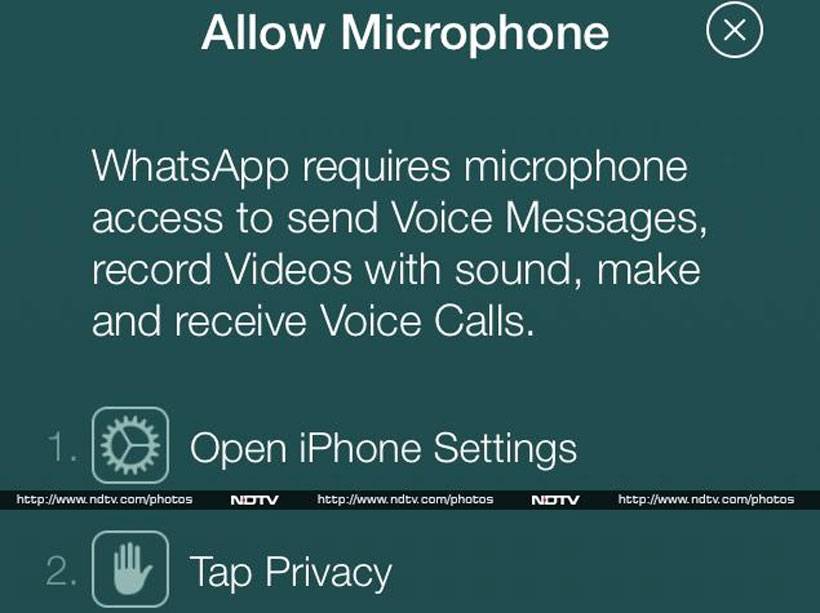 An update to the iPhone app recently asked some users for access to the microphone of the device indicating that the launch of voice calling with the app is coming soon. Koum had said earlier this year that Android and the iPhone would be the first platforms to get the calling feature.

He did note that the voice calling feature would be rolled out to the BlackBerry, Nokia, and Microsoft platforms later. With the iPhone app asking for mic access, the feature is getting close to launch. WhatsApp on iPhone was updated on September 8 with no mention of voice calling in the release notes. However, the popup you see in the image here does show up asking for microphone access for voice calls.

However, all WhatsApp users on the iPhone may not see the prompt. Only those who have not allowed WhatsApp access to the microphone will see the pop up on iPhone. There is no indication of when the feature might officially launch or when Android users will see the feature.