WhatsApp may have just been bought by Facebook, but for the instant messaging service, it’s business as usual. This latest update to its Android app has a smorgasbord of features, interestingly including a way to sponsor a friend.

At the very top of the list is a note about new privacy features. WhatsApp users now have control over information such as last seen, profile photos, and status. It might not be an earth-shattering change, but it could quell some apprehensions about the service’s future after is acquisition by Facebook, which is hardly the poster child for privacy.

Notable in the new features isn’t exactly a new app feature. It seems that users will now be able to “sponsor” their friends, that is to say pay for their friend’s or friends’ WhatsApp subscription. It could be considered a rather devious way to bring in new users, one that will probably raise a few eyebrows. It might also be a way to keep the whole family connected via the service.

Other changes include adding a shortcut to the Camera to make it easier to send photos as well as a large video thumbnail inside chat windows. There is now also an option to see unread messages on the homescreen widget, but only for those running Android 3.0 or higher, and those on Android 4.1 and later can get access to Hindi translations. 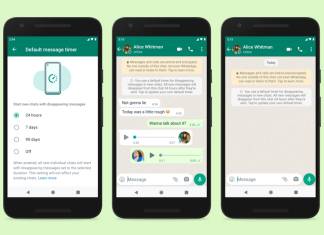