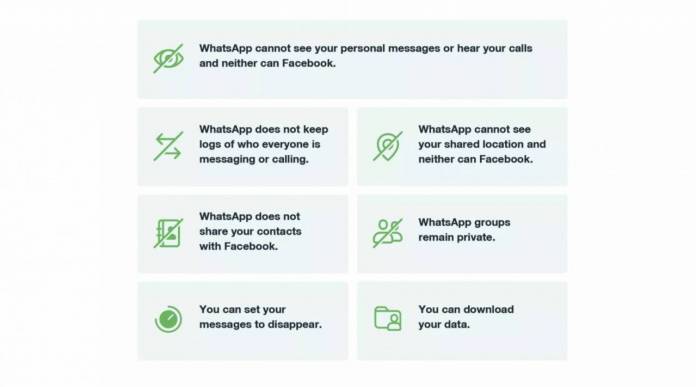 While the rest of the world will have to deal with the new privacy policy that WhatsApp has controversially enacted, folks in India will not be “punished” for not accepting the new terms. WhatsApp says that they are complying with the letter that the Indian government has sent them and will not limit users who will not accept the new policy. At least not yet. However, they will not totally withdraw it and will continue to remind people to click “Agree & Continue”.

Ever since news of a new privacy policy came out, WhatsApp has been doing an all-out communication campaign to clarify the misunderstood policy. They keep reminding users that it will not affect personal messages but will provide additional information on interacting with businesses. This went into effect last May 15 and while your account will not be deleted if you refuse to accept, the app will eventually become useless once they start limiting what you can do.

But the Indian government has demanded that they withdraw the controversial policy and according to Android Central, WhatsApp has somehow complied. They will not be limiting user accounts in India even if they don’t accept the privacy policy but they will also “continue to remind users about the update.” They will not be withdrawing the policy but once the upcoming Personal Data Protection (PDP) bill goes into effect, they may have no choice but to do so.

Facebook-owned WhatsApp is also facing opposition from the German government who is attempting to block the implementation of the new policy. If the result is that they decide that WhatsApp is illegally implementing this, there will probably be a three-month block on this. Facebook is already considering an appeal but they may also have to think of their next steps in Germany and maybe eventually other countries as well.

WhatsApp says that “the majority of users who have received the new terms of service have accepted them” but they will of course not release numbers on how many that majority is. We don’t know when they will start limiting user accounts that have not accepted yet but they have warned us enough times that they eventually will.